After a disagreement with the technical engineering director, Mr. Angelini, the successful race pilot Carlo Benni leaves the “Zetavu” motorcycle manufacturer and starts to work with his father-in-law Lorenzo, frontman of “Fulgor”. Carlo becomes infatuated with Lucia, the daughter of his previous boss, and he leaves his wife, a former star of the wall of death, and his father-in-law. However, the relation soon comes to an end, shortly before the Milano-Taranto race. In Germany, where he retires to ride in dirt track races, he is joined by his wife, who also becomes his sidecar companion for a race. Thanks to this victory, Benni is able to redeem the innovative motorcycle with a direct injection engine, built by his father-in-law Lorenzo. Here, Benni faces his rival Mr. Angelini, former pilot, who rides a similar – but not yet fine-tuned – prototype. Danger awaits him on the legendary “parabolic” curve… 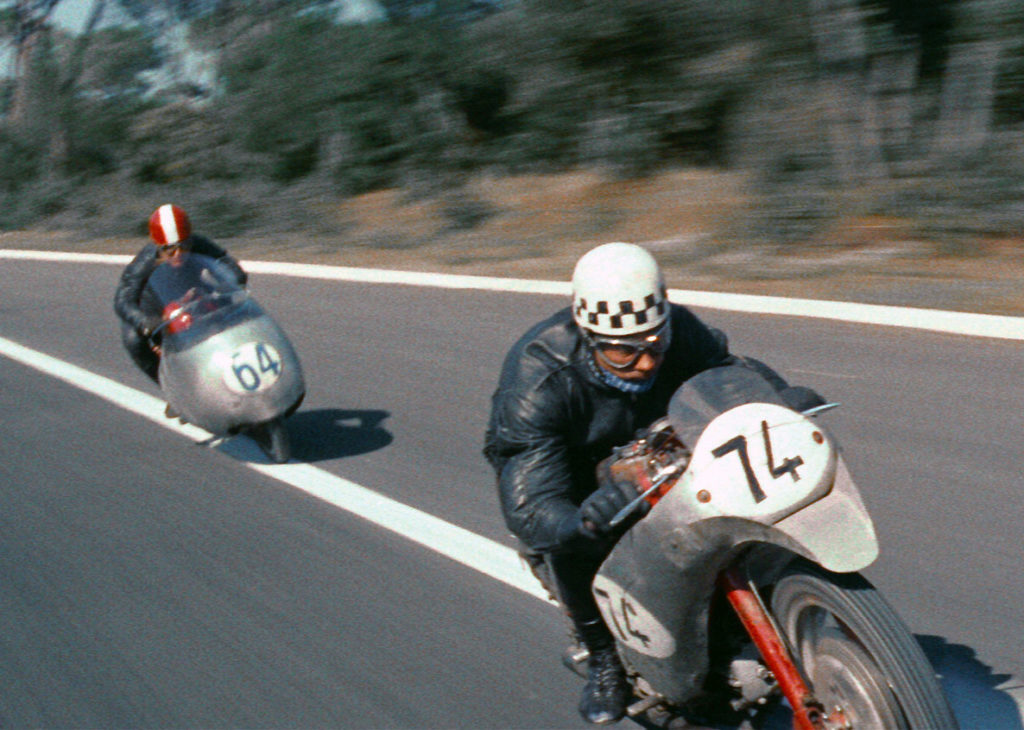