BELIEVE IT, DO IT, EARN IT 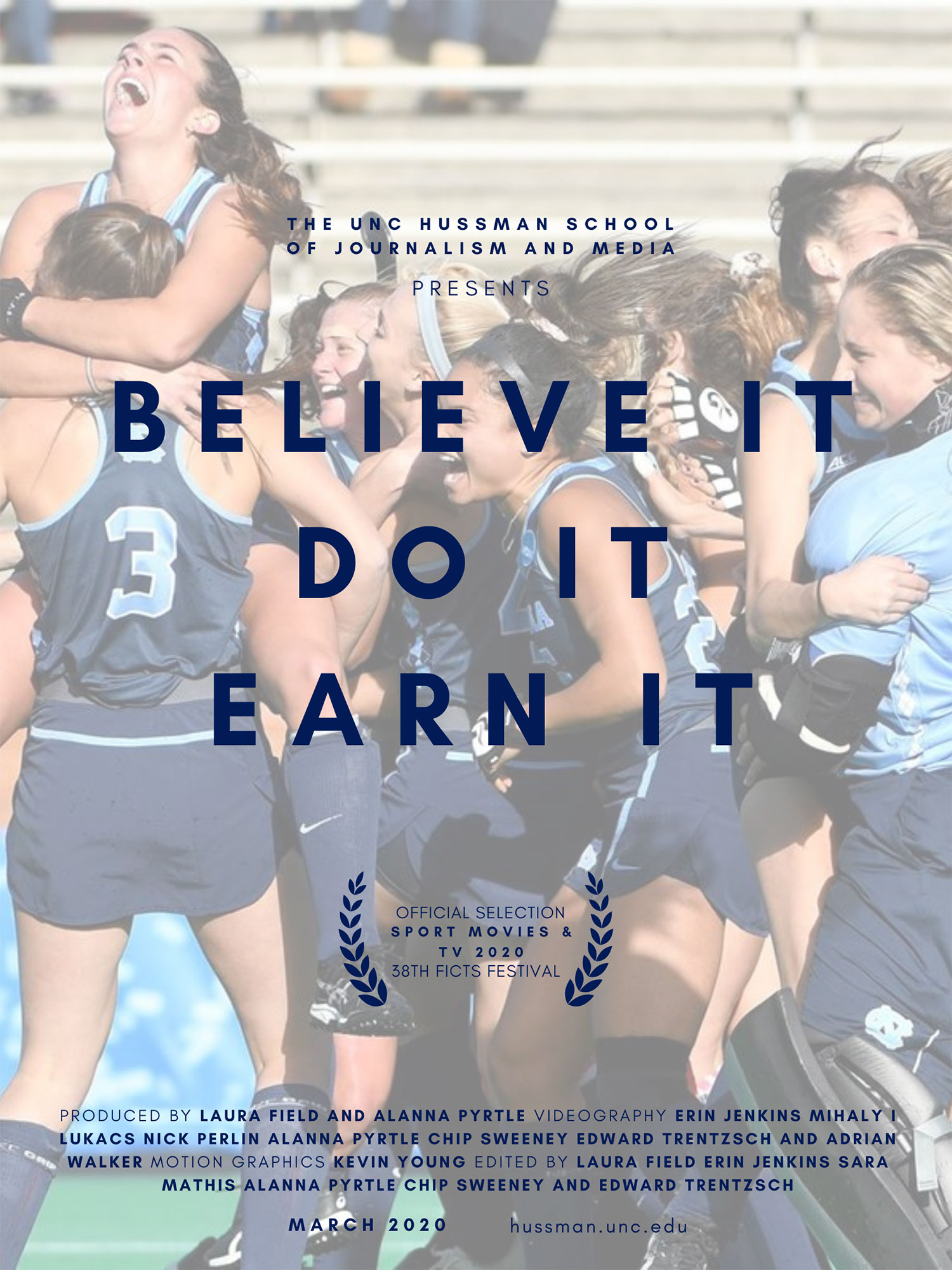 After finishing off an undefeated season by winning a national championship in 2018, the UNC Field Hockey team entered the 2019 with more questions than answers. The Tar Heels faced the challenge of having to replace their entire defensive back line and National Player of the Year Ashley Hoffman. During a game against Princeton early in the 2019 season, when all hope seemed lost, the spirit of a national champion shone through. UNC quickly rattled off six consecutive goals to pummel Princeton and win its second consecutive undefeated national championship. 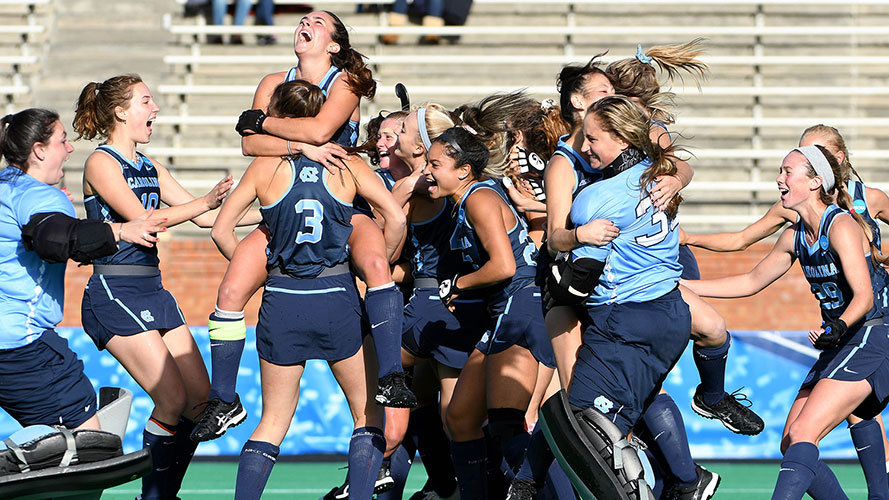 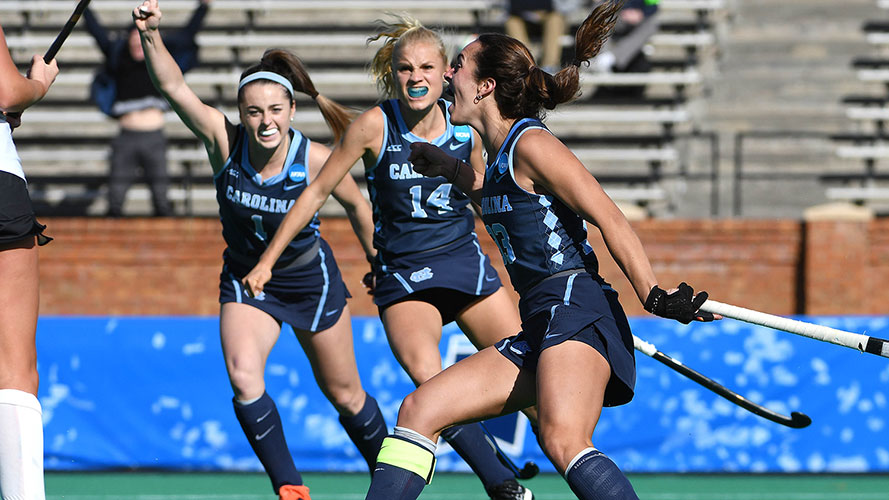