ARBELOA, LÓPEZ, VALDÉS AND INIESTA: FOUR FOOTBALL PLAYERS TOGETHER IN A ADVERTS

Two players of Real Madrid Alvaro Arbeloa and Diego López and two of Barcelona’s Victor Valdes and Andres Iniesta, “enemies” in the field but together in one spot that is sweeping the Spanish. Four players and one costume, attended the promotional launch of the upcoming film “The amazing Spiderman 2 – The Power of Electro” which will be in the theaters in April. 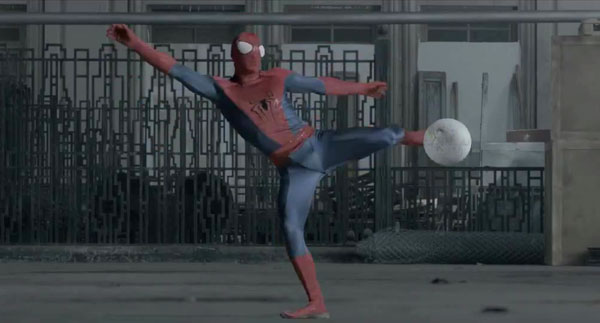 The film is directed by Marc Webb is the sequel to the feature film starring of Marvel Comics character played by Andrew Garfield.

The spot, which premiered at the Mobile World Congress being held in Barcelona, also advertises a famous driver as well as the new smartphone produced a famous Japanese company.