FICTS – Federation Internationale Cinema Television Sportifs, with seat in Milan (Italy), joined with 123 Countries, chaired by Prof. Franco Ascani, Member of IOC Culture and Olympic Heritage Commission is the only Federation (founded in 1983) of the field recognized by the IOC – International Olympic Committee for which it promotes the values of sport through footages. FICTS guarantees the rights of people with disability and believes that women are a fundamental element for a profitable development of culture and education as well as key figure in the social dynamics of contemporary society. FICTS supports, through the use of the power of images, communication action and increasing the development of sporting and Olympic values ​​as well as the culture of sports, promoting brotherhood, fair play, teamwork, determination, respect for the rules, loyalty, consistency , constancy, courage, reliability, self-respect.

The aim is to create, through sport, enthusiasm among the communities and increase social cohesion and, through the young and with the support of the institutions, promote the diversity of cultures and strengthen mutual respect.

FICTS promotes and organizes every year, the “WORLD FICTS CHALLENGE”, World Championship of Cinema, Television, Communication and Sport Culture the main presentation that FICTS use for the promotion and spread of Olympic values ​​and sport culture. 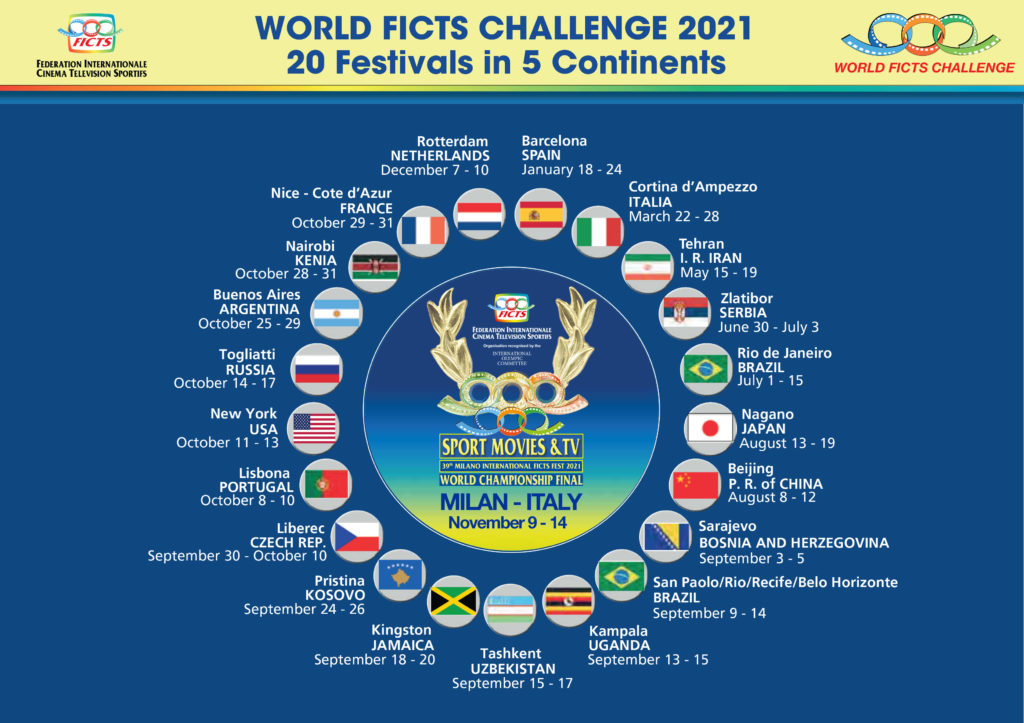 A competition for movies and television productions promoted and organized every year by FICTS – with free entrance for the audience in the 5 Continents and scheduled in 20 Festival including Worldwide Final. Through the “World FICTS Challenge”, Federation promotes all around the world, the quality of sports images and cooperation of those who work creatively in sports broadcasters and sport cinema. Winning productions of each Festival (maximum 7 productions) will be automatically admitted to the Final Phase.

The FICTS Executive Committee, exceptionally for 2021, in light of the unprecedented global pandemic due Covid-19 that has affected the world, has decided that all phases of the International Circuit must take place – in person or ON- LINE  – no later than October (different dates can be approved individually by the FICTS Board of Directors only for specific reasons). 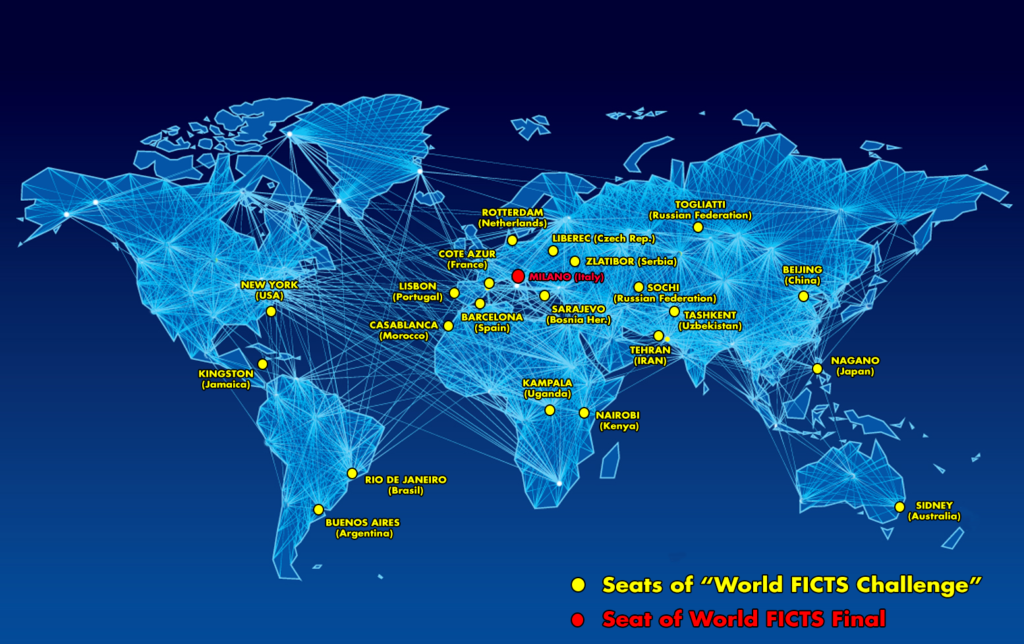 One of “WORLD FICTS CHALLENGE” objectives is to create accessible events including as many people as possible in the hosting Country, therefore all events are free of charge. While the hosting city or selected agencies themselves are organizing local events, FICTS assumes the overall project management  responsibility and coordination of the whole project “World FICTS Challenge” as well as the Final Phase, widely covered by international media.

The Festivals of the “WORLD FICTS CHALLENGE” are articulated into Projections, Meetings, Workshops, Webinars, Exhibitions, Sides Events and Awards. 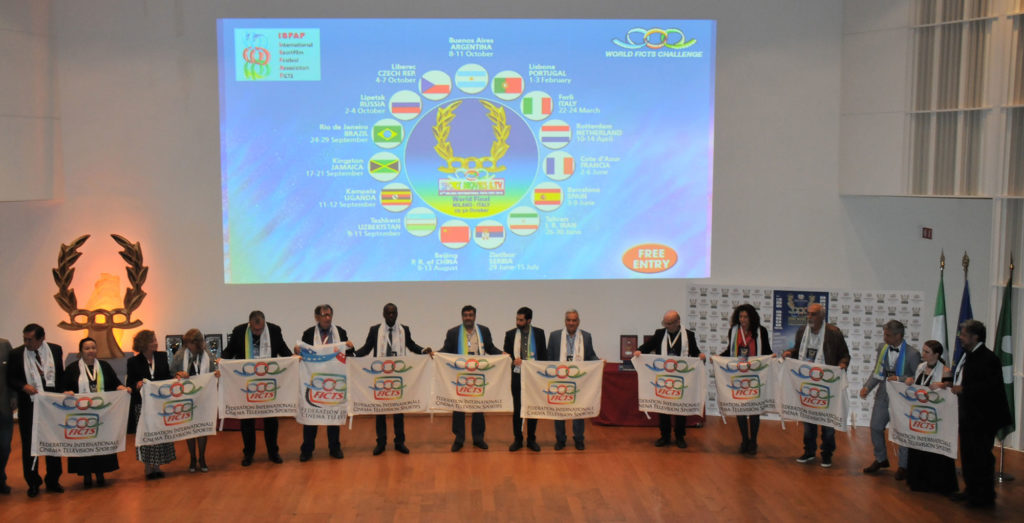 All the Festival of “World FICTS Challenge” are part of “ISFAF – INTERNATIONAL SPORTFILM FESTIVAL ASSOCIATION FICTS” (join to ISFAF – www.sportmoviestv.com/isfaf-membership-form/).

The purpose of the Association is the promotion and development of any initiative aimed at improving the artistic quality and communicative value of “Sports-area Film Festivals” through the mutual collaboration of all those recognized and through the media – cinema, audiovisual, publishing, web – in the idea of a free, democratic, civil and pluralist cultural production. The Association aims to offer a series of activities oriented to the satisfaction of knowledge needs, in-depth study, updating, training and cultural and professional qualification of the subject “film festivals” in the context of communication with specific reference to the identification, recognition, associative force and coordination of the sports-area cinematographic events that are recognized in the characteristics attributed by the annexed regulation in the category “Sports Film Festivals”.