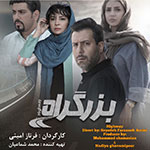 A woman is taking her final steps to enter Iran’s shooting “national team” for the world championship. She needs to take part in qualifying competitions, but her husband forbids her to compete according to Country’s Constitution. The spouse’s permission to compete as professionals is the major challenge of the female athletes.