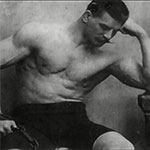 The life of a famous wrestler, not only his long sports career, but especially his privacy, his family ties and the crisis moments he faced under both totalitarian regimes. When the author made the documentary, he discovered an unexpected number of contemporary film documents, with the help of which she created a single film image of Gustav Frištenský.