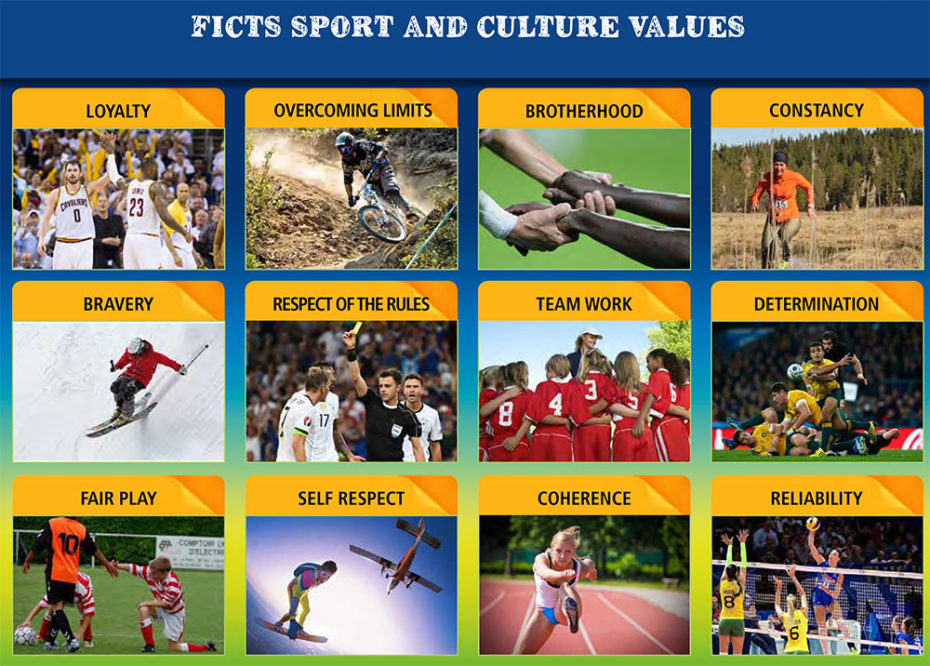 The Federation Internationale Cinema Television Sportifs (FICTS), an organization recognized by the IOC – International Olympic Committee (IOC), promotes and spreads the development of the Olympic Values and the culture of sports through the actual use of sports images under the motto “Culture through Sport”, in collaboration, and with free membership, for members of Olympic Family, International Federations, National Olympic Committees, Olympic Museums, and Olympic Academies.

The Olympism is a universal ideal of “Culture through sport”, a great educational tool for social change and for the remarkable growth of young people, “Global Movement at the service of humanity” for FICTS.

FICTS conceives Olympic values as an instrument of human dignity in the world, and a vehicle of growth and people’s harmonious development. FICTS support sport independence and autonomy for social development and peace.