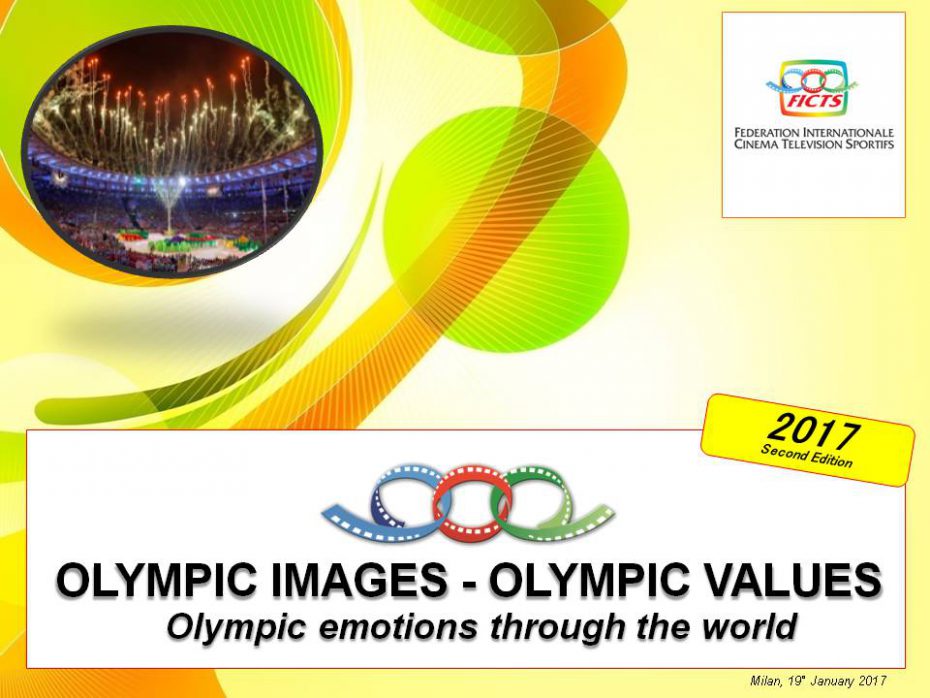 Based on the profitable relationship with the IOC Foundation for Culture and Olympic Heritage, and in range of the proposals for the “Olympic Agenda 2020” of the International Olympic Committee (IOC), the Federation Internationale Cinema Television Sportifs (FICTS) studied a Project to spread the Olympic values through the audiovisual Olympic contents from the IOC Archive.

THE VALUES OF THE PROJECT

The Project elaborated by Federation Internationale Cinema Television Sportifs (FICTS) represents a chance to spread the educative and formative Values of the Olympic and Paralympic Movement through images, involving youth and all the worldwide population.

This action could be part of the IOC’s global strategy to maintain world society’s interest in sport, encouraging to practice physical activity and promoting Olympism.

The main goal of the Project is diffusion and cultural using of all time Olympic images with the objective to promote the Olympic Culture, its Heritage and its priceless values involving in the “Olympic Family” the world of sport, of culture, of communication coming from all over the world.

THE OBJECTIVES OF THE PROJECT:

MEETING AND WORKSHOP IN EVERY SEAT

FICTS will organize for every phase of the Project a debate to promote the “Olympic Values” with the presence of a IOC representative.

Some of the themes to discuss: