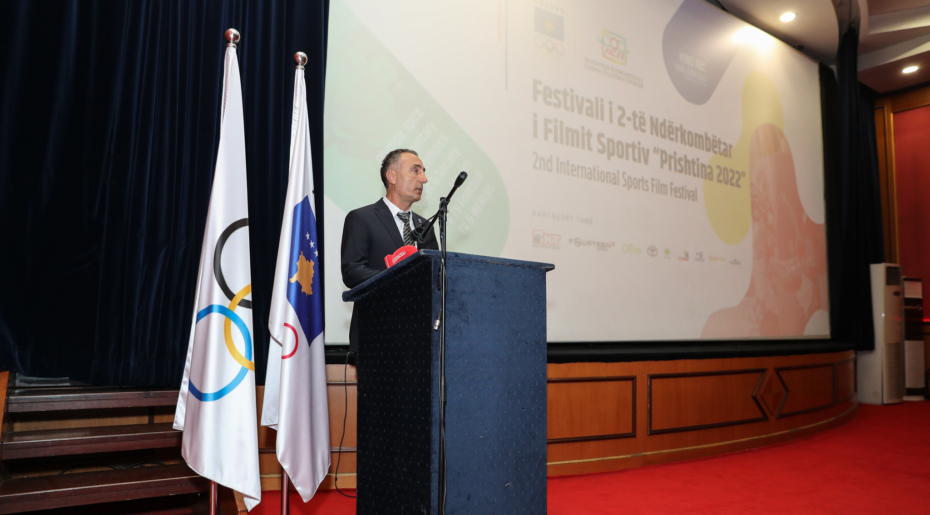 NOC-Kosovo hosted for the second time the International Sports Film Festival, “Prishtina 2022”. The Festival – held for two days at the ABC Cinema in Prishtina – is part of “World FICTS Challenge” Championship of Television, Cinema, Culture and Sports Communication.

A total of 15 local and international films (documentaries of various genres) were featured. 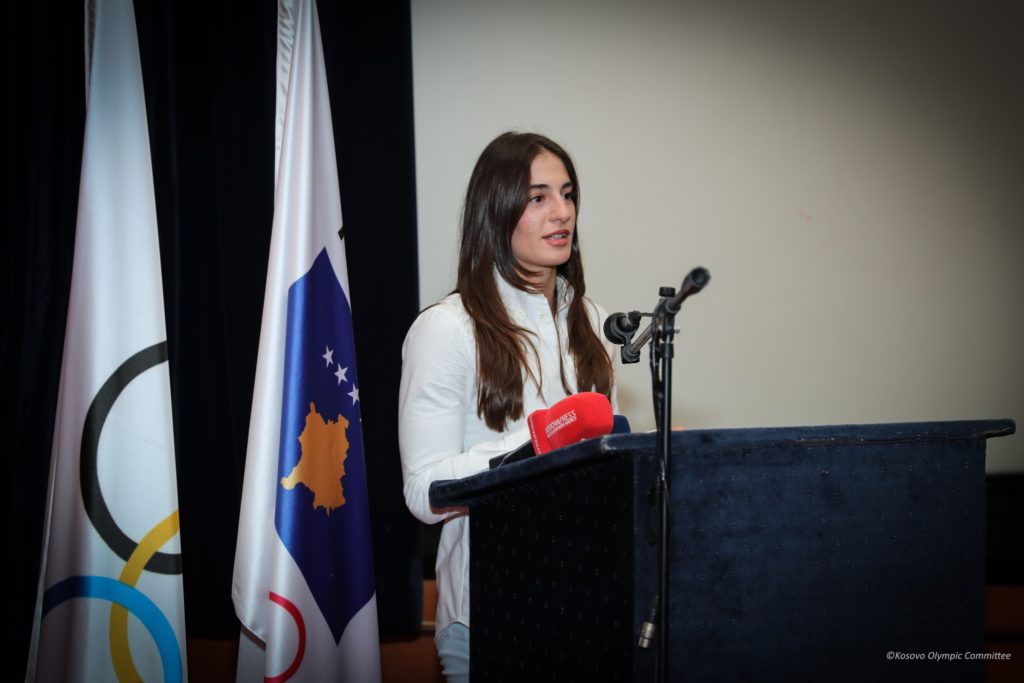 NOC-Kosovo President, Ismet Krasniqi, speaking about the Festival and about the documentary in particular, emphasized that the historic and magnificent success achieved in Tokyo 2020 was worthy of such representation through this documentary that will compete for an international award at the “Sport Movies & TV 2022 – 40th Milan International FICTS Fest” held in Milano from 9 to 13 November.

Through a video message, the organization of the Festival was praised by Prof. Franco Ascani, President of the FÉDÉRATION INTERNATIONALE CINÉMA TÉLÉVISION SPORTIFS (FICTS), of which NOC-Kosovo is a member.

Olympic champion Nora Gjakova stated that this documentary should also be an inspiration for young athletes.

The second day featured mainly international films, and also two domestically produced documentaries, “A quarter-century journey” by Arben Berisha and “Kosovo’s accession to UEFA, the opening of the great doors of football” by Bujar Mehmeti, both dedicated to the internationalization of Kosovar football.

The festival was organized in cooperation with the FICTS.