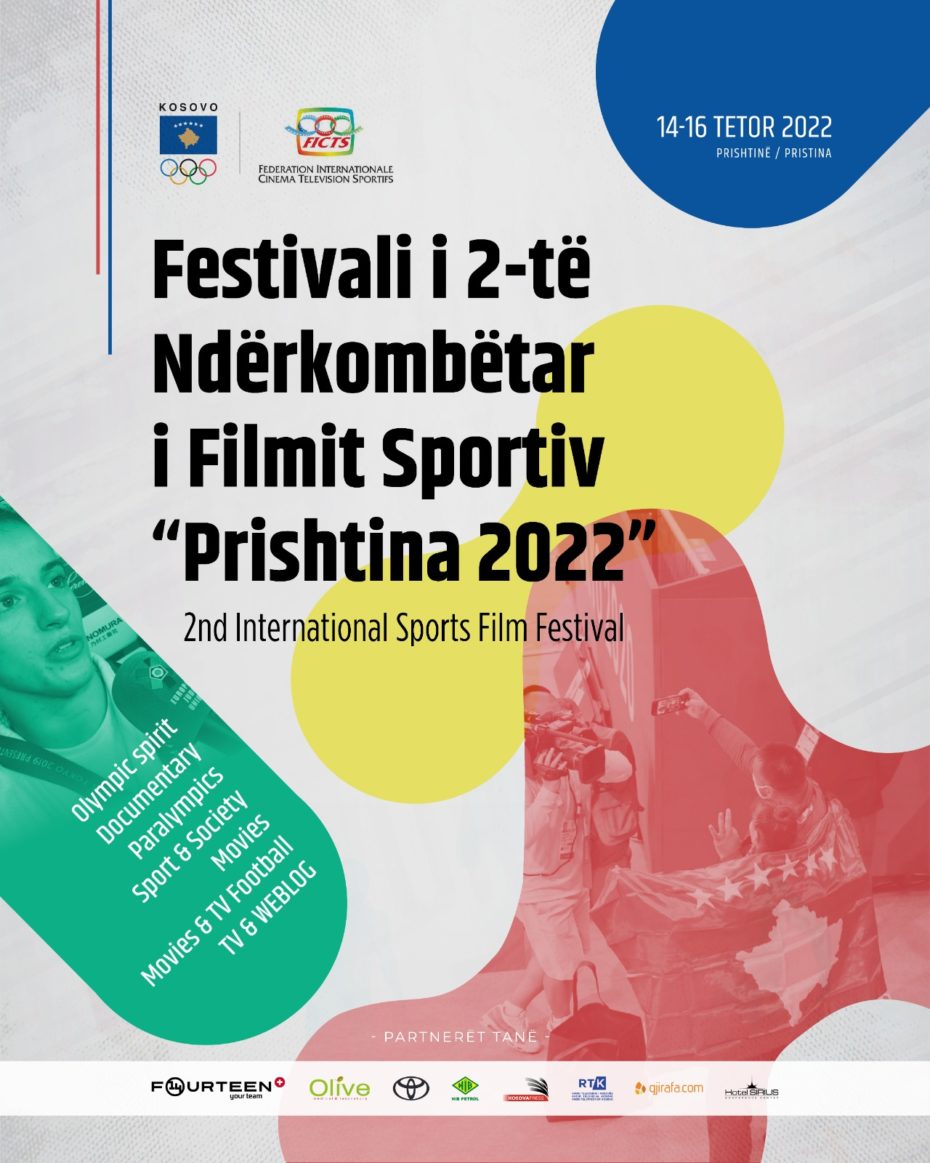 NOC Kosovo is hosting the second edition of the “Pristina International Sports Film FICTS Festival” on October 14 and 15, 2022, at Cinema Hall ABC in Prishtina. The Festival is part of “World FICTS Challenge” Championship of Television, Cinema, Culture and Sports Communication.

The best local films and documentaries will be featured at the Final in “SPORT MOVIES & TV – 40th Milano International FICTS Fest”, to be held between November 9-13, 2022, in Milan, Italy. The world festival is hosted annually by the International Federation of Cinema and Sport Broadcasters (FICTS).

NOC Kosovo is a FICTS member since November 2019.