Registration for the 13 CINEFOOT has been extended until June 30 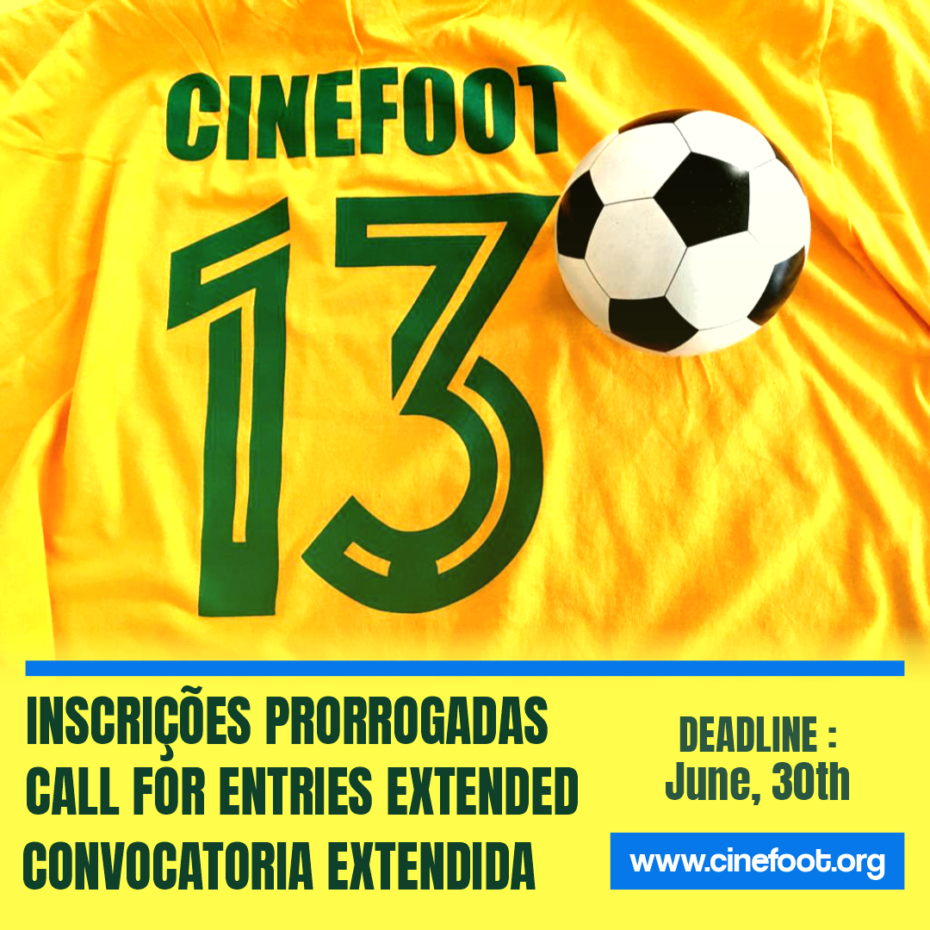 Registration for the 13th CINEfoot – Football Film Festival has been extended until next Thursday, June 30th.

The 13th edition is scheduled for November.

The festival receives entries for films whose main approach is the theme “football”. Works produced in any medium, genre or format are accepted and there are no restrictions as to the year of the work. Entries must be made directly through the event’s website www.cinefoot.org.

CINEfoot is the only film festival in Brazil and a pioneer in Latin America dedicated to the promotion and exhibition of football films. Its schedule includes international competitive shows, special shows, debates and tributes, among other activities.

CINEfoot maintains an important partnership with the main football film festivals in the world and is the only one in Brazil that integrates the select circuit “WORLD  FICTS CHALLENGE” of sports film festivals of FICTS – Federation Internationale Cinema Television Sportifs.

The winners film in CINEFoot will compete in the Final “SPORT MOVIES & TV 2022” scheduled in Milan from November 9-13.