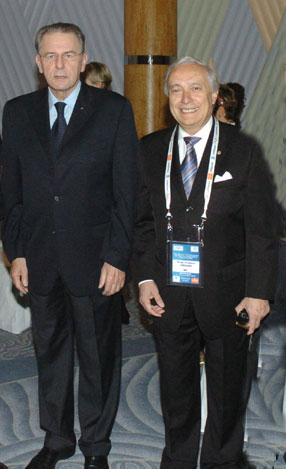 Prof. Franco Ascani, Member of the Olympic Culture and Education Commission of the International Olympic Committee and President of the FICTS (Federation Internationale Cinema television Sportifs), with the FICTS Board of Directors and the representatives of the 123 Member Countries, pay a final farewell to the Honorary President of the IOC, Count Dr. Jacques Rogge.

Dr Rogge, President of the International Olympic Committee from 2001 to 2013, has dedicated a life entirely to sport. He represented Belgium at three editions of the Olympic Games with a period as a rugby player with 16 national titles won in his career. Thanks to his commitment, the IOC Olympic Foundation for Culture and Heritage has carried out significant projects.

The deepest condolences to the family.