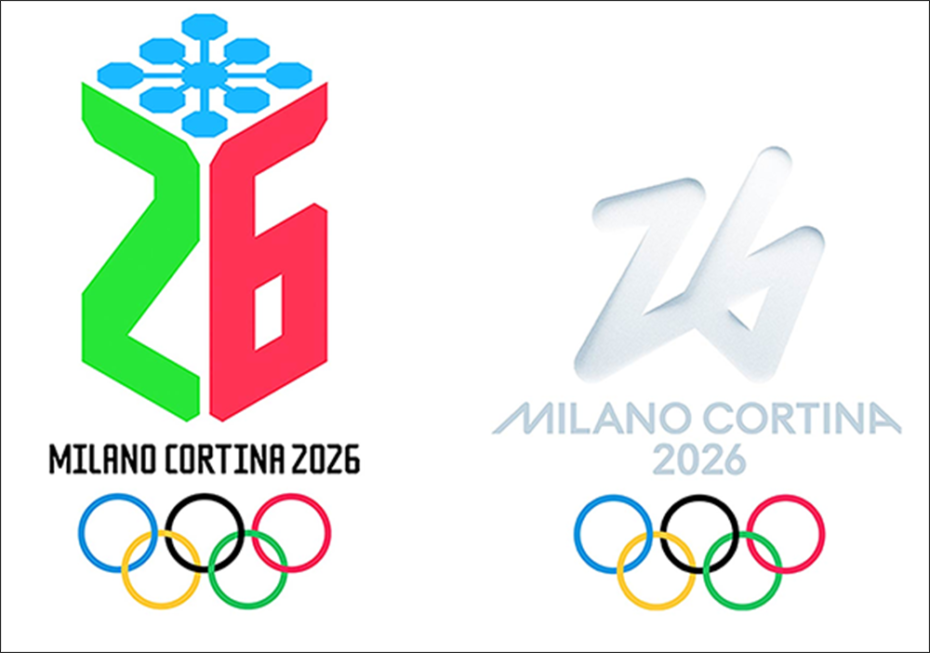 On Saturday 6 March, a global online vote was launched to decide which of two potential emblems will be chosen for the Olympic Winter Games Milano Cortina 2026.

Over the next two weeks, people across the world can vote via www.milanocortina2026.org and the Milano Cortina 2026 app. The winning Olympic emblem will then be announced in a special episode of “Soliti Ignoti” featured by Italy’s Olympic broadcaster Rai shortly afterwards.

The two emblems, entitled ”Dado” and ”Futura”, were revealed during Italy’s Sanremo Music Festival at the weekend by two Olympians, swimmer Federica Pellegrini (gold medal at Beijing 2008 in the 200m freestyle) and skier Alberto Tomba, (two gold medals at Calgary 1988 – slalom and giant slalom and one at Albertville 1992 – giant slalom).

Inspired by sports values, solidarity and sustainability, the characteristics of the Milano Cortina 2026 Games are represented in the two potential emblems. They are positioned not as opposites, but complementary, reflecting Games delivered by Italy yet open to the world, illustrating how much stronger we are together.

The “Dado” design seeks to engage fans, and make them feel like active participants in the Games. It goes beyond the sporting dimension to create a magic box capable of generating countless interactive content. Its call to action is: “Join the Games!”

The “Futura” emblem conveys the message that even the smallest and most natural gestures can change the world. In sport, as in the rest of life, great victories are won day by day, gesture by gesture. The Olympic and Paralympic Games are a unique opportunity to leave a lasting and beautiful mark. Its motto – “Milano Cortina 2026: the future is a victory for all.”