Success for the “1st Prishtina International FICTS Festival” in Kosovo 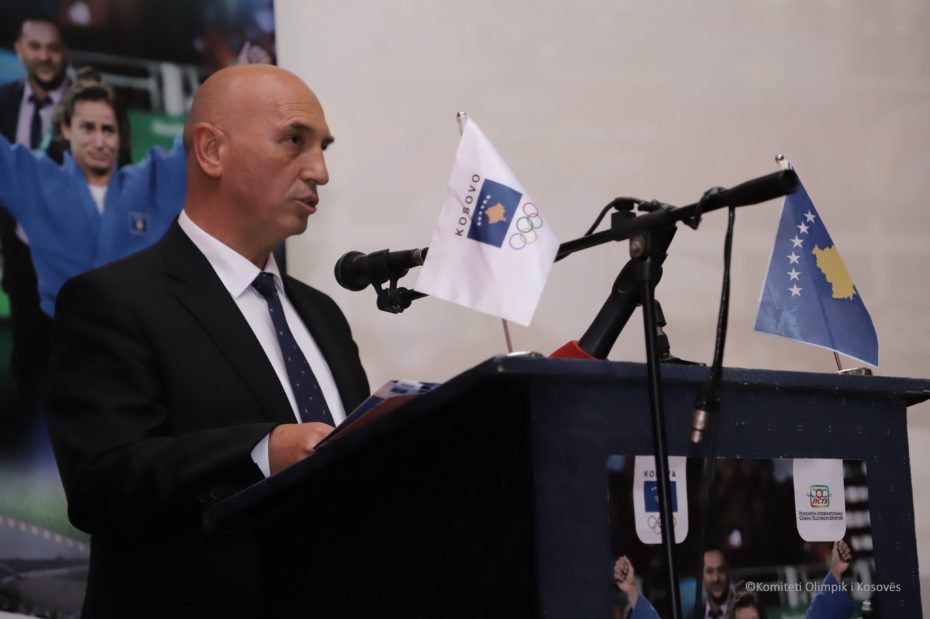 Great success of audience and critics for the first edition of “Prishtina International FICTS Festival” organized by NOC-Kosovo in collaboration with FICTS – Fédération Internationale Cinéma Télévision Sportifs in the within of the “World FICTS Challenge 2020”.

It was precisely the documentary “Majlinda is a hero” byArben Berisha, that opened the Festival on Saturday, attended by illustrioussports figures.

Unable to physically attend the event, due to the Covid-19 pandemic, the president of the International Federation of Cinema and Sport Broadcasters, Franco Ascani, greeted the organization of the Festival through a video message.

The “Closing Ceremony” of the Festival was attended by NOC-Kosovo President Besim Hasani (in the picture) and the Minister of Culture, Youth and Sports, Vlora Dumoshi.

President Hasani, thanking the filmmakers, stressed that this Festival will henceforth become e tradition, while confirming that seven local films will be competing at the World Final “Sport Movies & TV 2020 – 38th Milano International FICTS Fest” to be held between November 7th and 11th in Milan, Italy in person.

Welcoming the initiative of organizing this Festival, Minister Dumoshi promised her support, saying that such a festival that documents the achievements of our sports is of great importance for our country, which has had a painful history.

For three days, hundreds of fans of sports films and documentaries joined the screenings at the ABC cinema, while the authors of local films expressed their happiness that from now on their documentaries have the opportunity to be featured in cinema halls, thanks to this Festival.