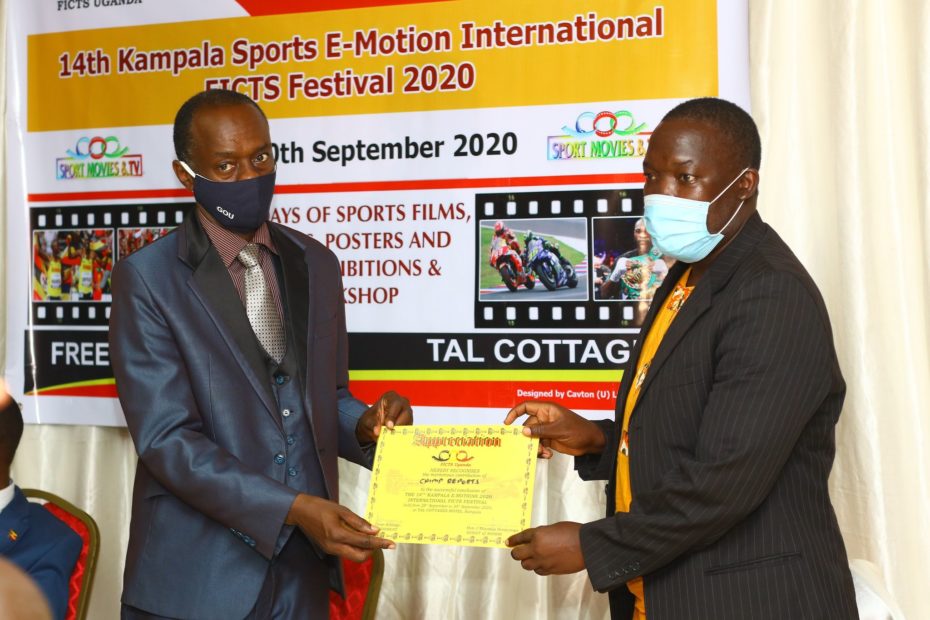 The 14th Kampala Sports E-Motion International FICTS Festival 2020 came to an end, at a colourful “Awarding Ceremony” graced by The Member of Parliament of the Republic of Uganda & Chairman Buganda Parliamentary Caucus – Hon. Johnson Muyanja Ssenyonga.

Entries from USA, Netherlands ,Spain, France and Uganda out competed the rest to emerge winners.

Mutabazi  andOwino Solutions were awarded a Certificates of Merit and  Awards by the promoter Dr. Dean Kibirige which were handed to them by the Chief Guest – Hon. Johnson Muyanja Ssenyonga. 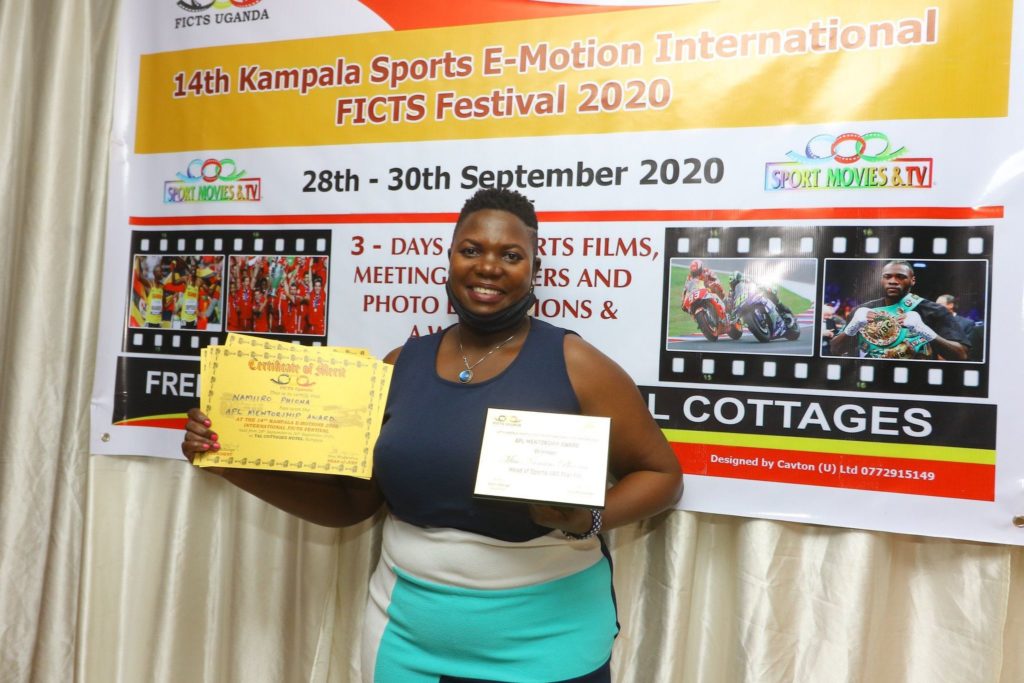 The 4th APL Mentorship Award, was given to Namiiro Pheona, a lady who was nurtured by the late Dr. Andrew Patrick Luwandagga during his early days as an upcoming Sports broadcast presenter, and has gone ahead to impress at both local and international level by becoming:

She was presented her Award by the Chief Guest –Hon. Johnson Muyanja Ssenyonga..In her brief speech,Pheonasaid this Award was a measure of how far she had travelled the journey of serving as a Media person!. He revealed to an attentive audience – that she was ready to accomplish more challenging tasks in the field of Sports journalism and finally dedicated the award to her Mom and Son.

Also Batanudde John was awarded for exhibiting at the Event an Appreciation Award in recognition for his effort in taking photos at local and international level. 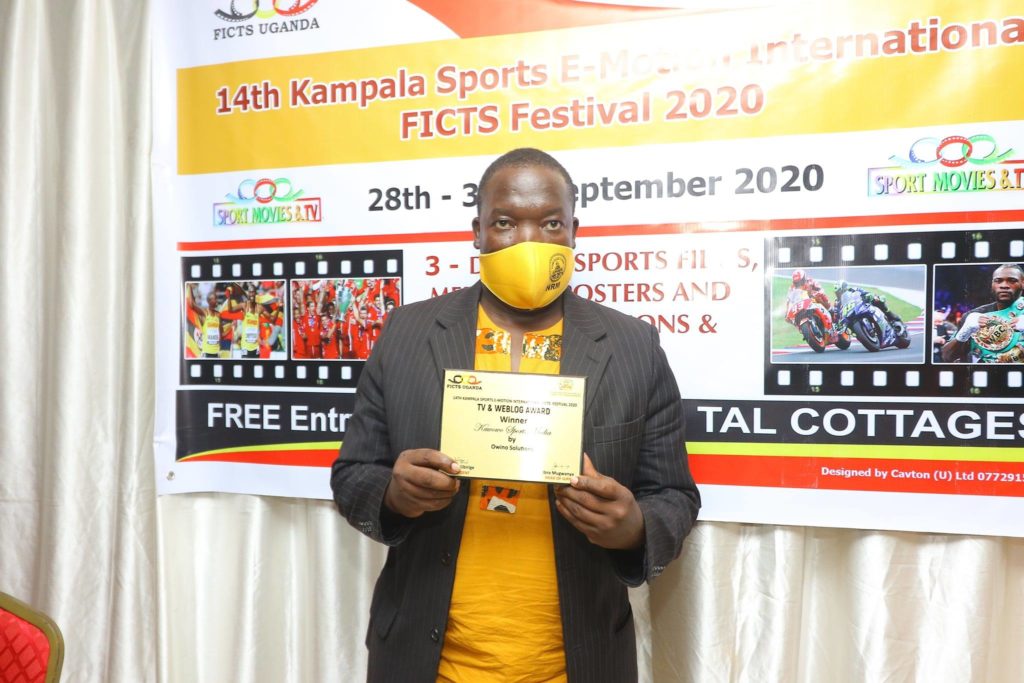 In his remarks the Chief Guest -Hon. Johnson Muyanja Ssenyonga saluted FICTS Uganda Organizing Team for maintaining the gesture of recognizing works for Sports producers but also pledged  to lobby from Government  in order to better the Event.

Finally,he congratulated all winners plus participating entries from different parts of the world and encouraged Ugandan Sports Producers to increase their participation in the next year’s Edition.

Among other notables present at the closing ceremony were:-