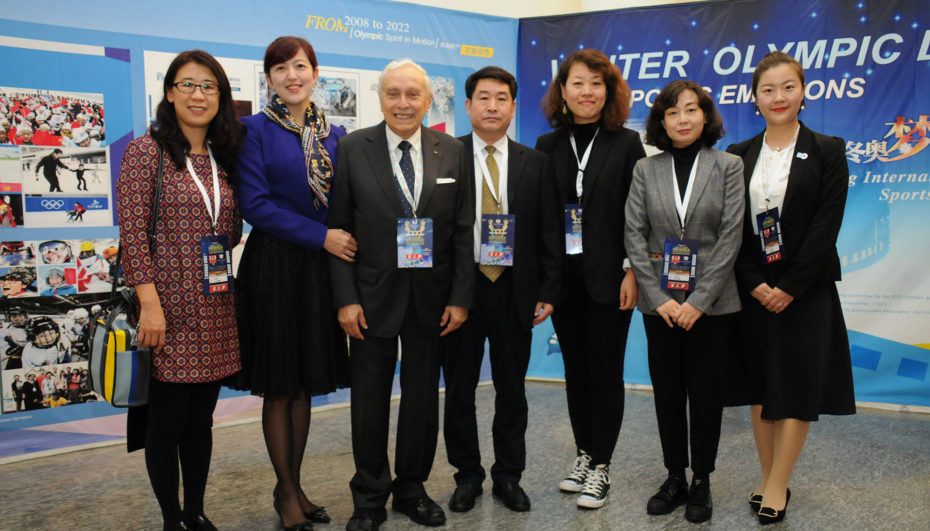 Musical performances took centre stage, with an Olympic Winter Games Beijing 2022 paper cutting art exhibition and activities with Chinese Olympic Rights-Holding Broadcaster CCTV also taking place. The highlight was a ceremony at the Badaling Great Wall. Earlier this month, as part of the 500 Days to Go activities, an aircraft was wrapped in Olympic-themed branding at Beijing Capital International Airport. The aircraft, named “Winter Olympic Ice and Snow”, bears the emblems of the Olympic and Paralympic Winter Games Beijing 2022 and images of the mascots, Bing Dwen Dwen and Shuey Rhon Rhon.

Senior leaders from the People’s Government of Beijing Municipality, the Civil Aviation Administration of China, Beijing 2022 and from other organisations joined its inaugural journey from Beijing to Chengdu. Over the coming days, further activities around the 500 Days to Go milestone will take place. From 20 September to mid-October, Beijing 2022 will undertake a lecture tour, visiting a number of government agencies and Beijing 2022 sponsors to both showcase the progress being made with the Games and spread further knowledge about the Winter Olympics.

FICTS – Federation Internationale Cinema Television Sportifs, in agreement with BOCOG – Beijing Olympic Committee Olympic Games and as part of the partnership with BODA – Beijing Olympic City Development Association, will contribute to the promotion of the Games during “SPORT MOVIES & TV 2020 – 38th MILANO INTERNATIONAL FICTS FEST“, Final of 20 Festivals (in 5 Continents) of the “World FICTS Challenge” World Championship of Television, Cinema, Culture and Sports Communication scheduled in Milan (Italy) from 7 to 11 November in person (https://www.sportmoviestv.com/en/2020/05/22/official-sportmoviestv-milan-november-7-11/).

An special space will be dedicated to “From Beijing 2022 to Milan-Cortina 2026 Olympic Winter Games”, where the promotional videos of the Games 2022 Beijing as well as the Chinese films selected by the Jury will be screened simultaneously in the 5 prestigious locations of the City of Milan for “SPORT MOVIES & TV 2020”.