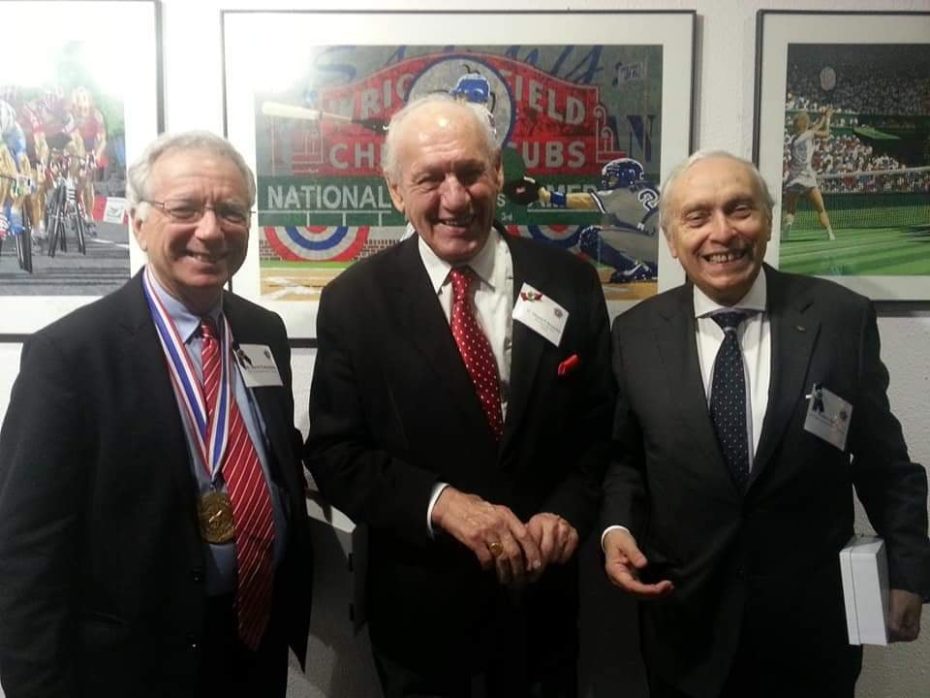 Prof. Franco Ascani, Member of Culture and Olympic Heritage Commission of the International Olympic Committee and President of the FICTS (Federation Internationale Cinema television Sportifs), with the Board of Directors and the representatives of the 121 joined Countries, to pay their respects to Dr. Thomas P. Rosandich President and founder of the USSA – United States Sports Academy who passed away  on Saturday, 29 August 2020.

In the picture from left: Dr David Wallechinsky, President of the International Society of Olympic Historians (ISOH), Dr. Thomas P. Rosandich President and founder of the USSA and Prof. Franco Ascani FICTS President.

Former Member of FICTS Youth, Education and Culture Commission as well as former member of IOC Commission for Culture and Olympic Education, Dr T. Rosandich dedicated his life to sport. For his work in the Olympic Movement, he was awarded the highest International Olympic Committee honor, The Olympic Order, in 1997.

Between 1956 and 1976, Rosandich coached in some 50 countries preparing national teams for international games as part of the U.S. State Department’s “U.S. Ambassadors of Sport” program. In this role, Rosandich was charged with using sport to elevate America’s relationship with nations around the world. Dr Rosandich relocated the Academy to Alabama in 1976 as the only free-standing and accredited sports university in the United States. Over the past 45 years, the Academy has conferred thousands of sport-specific degrees to its students and has enriched the lives of countless more through its education and outreach programs that have been delivered in some 67 countries around the world.

From 2015 he left the presidency of the USSA to his son Dr T. J. Rosandich who is currently Member of FICTS “Youth, Education and Culture” Commission. In that year the President Prof. Franco Ascani was awarded with the “Laurea Honoris Causa” with the title of “International Honorary Doctorate” in Philosophy by the USSA America’s Sports University and was named “Man of the Year for international sport”, the most important Academy of Sports Masters in the United States of America that each year awards this prestigious award.

Deepest condolences to his family.