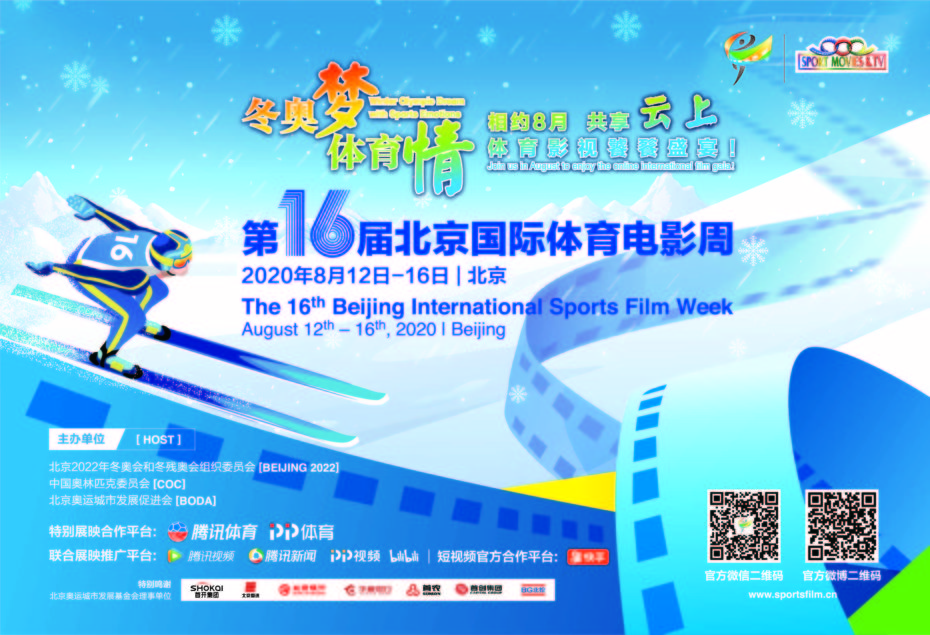 159 sports movies from 20 Countries in competition at the “Beijing International Sports Film Week” divided into four sections, including the one on “Winter Sports” (“Most Popular Media Films”) created to further promote Beijing as the next venue for the Winter Olympic and Paralympic Games 2022. FICTS, with its 121 affiliated Countries, is present with 40 screenings (including 19 on winter sports) as part of the campaign to promote Olympic and sport values. 11 movies, chosen by the Jury, will participate in the “Sport Movies & Tv 2020” World Final scheduled in Milan (Italy) from 7 to 11 November.

In the frame work of the traditional and profitable collaboration beetwen FICTS and BODA, “Sport Movies & Tv 2020” will host the Exhibition “From 2022 Beijing to 2026 Milano-Cortina Winter Olympic Games” at the headquarters of the highest regional public Institution (Regione Lombardia and the organizing Committe of 2026 Milano-Cortina Olympic and Paralympic Games). In other 6 locations around the city of Milan (historical and touristic areas) will be screened the 2022 Beijing Olympics promotional videos. The traditional “Beijing Day” is scheduled for November 8 in the presence of representatives of the BODA, 2022 Beijing Organizing Comittee, 2026 Milano-Cortina Organizing Committee and of the Institutions, with a large space dedicated to Beijing 2022 in which, in addition to the exhibition, will be continuously projected – at the same time in the other 6 locations – the Chinese films specially selected by the BODA Commission for the occasion.