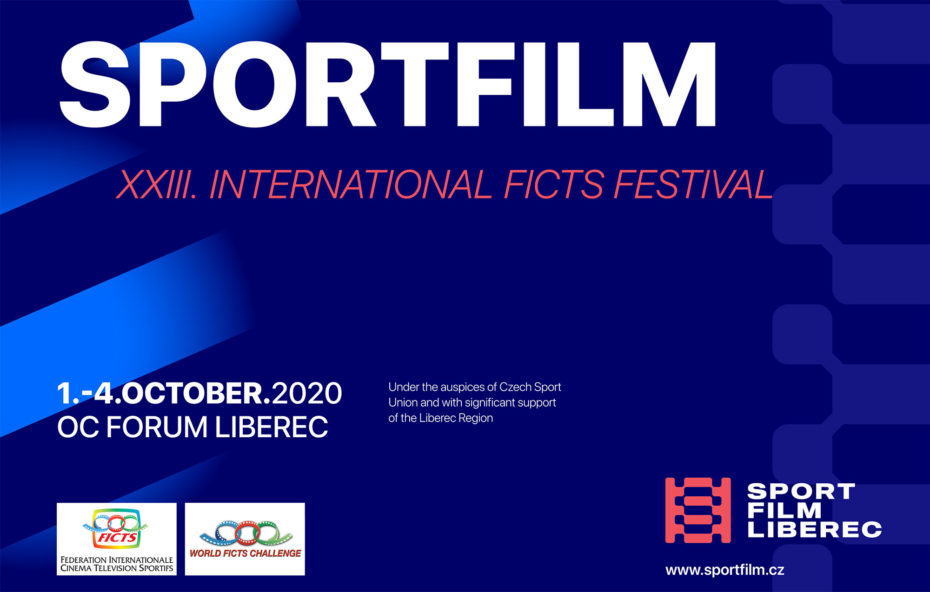 Liberec in Czech Republic will be the seat – from 1 to 4 October – of the 23th  edition of “Liberec International FICTS Festival” organized – in the framework of the Worldwide Championship of the Cinema and sport television “World FICTS Challenge”.

The promoter of the Festival is Liberecká Sportovní a Tělovýchovná Organizace z.s., Regional organization ČUS in Liberec district in cooperation of SPORTFILM Liberec z.s.

“Liberec International FICTS Festival 2020” is an international competitive festival of television and film images focusing on “Olympic Idea, Olympic Games And Sport”. The aim of Festival is to award the best Pictures in particular categories and the best image of all categories. The Festival is intended to help the development of Olympic Ideas due to sports film, document a reportages.

The main presentation of competitive shots, other non-commercial screening of entries pictures and archive picture from Festival’s archive is held in the Czech Television, in internet, in schools, public spaces and other facilities due to Festival organizing committee.

The Czech Olympic Academy award the prize of Jiří KÖSSL on the recommendation of Jury.

The creation of Czech sports movies scored a great success last year. The winning film of our Festival – „ZLATÝ PODRAZ“ (The Golden Betrayal) – was awarded by GUIRLANDE D´HONNEUR award, that is known as OSKAR among the sports-themed films. The prize was awarded by jury of the Milan Final.

The guarantor of this series is the Federation Internationale Cinema Televizion Sportifs FICTS associating festivals and producers of films with sports themes from nearly 90 Countries around the world under the auspices of the International Olympic Committee.

The winning films of each category and the overall winning film of whole festival will be nominated for this global show. The jury will decide about the winning films and other nominations. The jury appreciated the best images and prizes will be officially handed over on October 1st, 2020 – in the Town Hall of Liberec City, Dr. Eduard Beneš plaza. The upcoming change for this year’s festival is the screening of films in the arcade of the shopping centre FORUM Liberec during the “Nature LIBEREC Run Marathon”, which should be attended by hundreds of participants and spectators.

Last year was prepared, in the Shopping Center FORUM, together with the running marathon NATURE LIBEREC RUN. The screened films and accompanying program were watched by several hundred spectators – athletes, participants of the Liberec race. That is why we are counting on this cooperation for this year again.