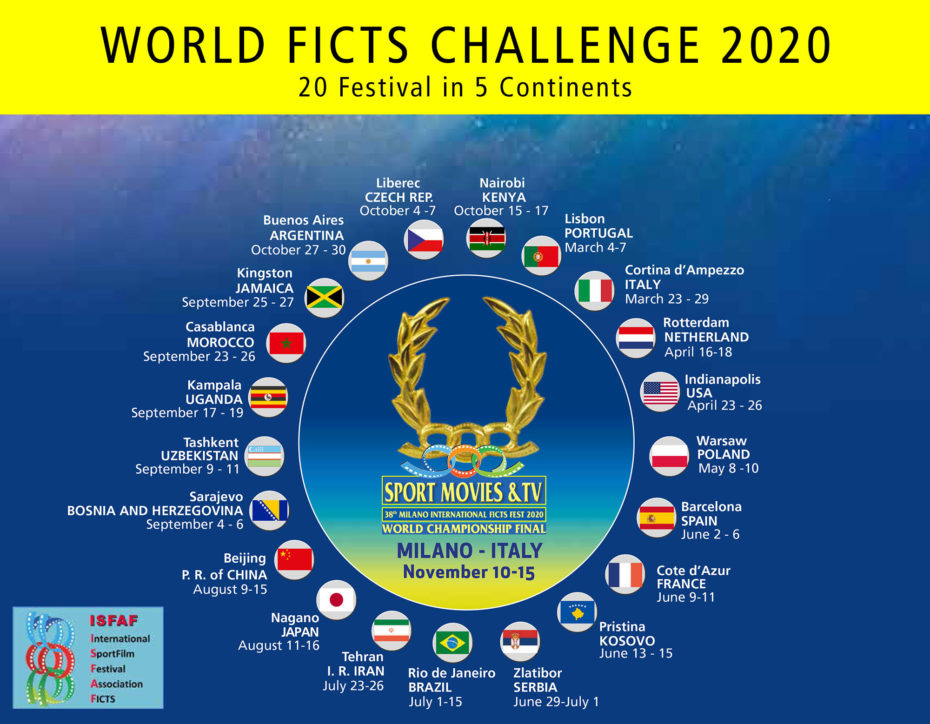 Next appointment with Festival of “World FICTS Challenge” is Cortina (Italy) from 23 to 29 March.

The event is a considerable “world showcase” for worldwide networks (including representatives of the 1,725 ​​sports TV channels of the 5 continents), new media, production companies, producers, directors, Olympic committees and sports federations , sports champions, radio, advertising and communication agencies that will illustrate the universe of television and sports cinema through documentaries, commercials, reports, fiction, cartoons, etc. in one of the 7 competitive Sections.

In order to submit the sport productions into “Sport Movies & Tv 2020”:

The Olympic and Paralympc Games Tokyo 2020 (July 24 – August 9) and the 2020 UEFA European Football Championship (June 12 – July 12) will play a significant role at “Sport Movies & Tv 2020” where will attend qualified international guests from the world of sport and cinema in order to participate in the Projections, Meetings, Exhibitions, Workshops, editorial presentations, Activities and Performances with the participation of 44,000 young people coming from 103 Schools who will conclude the Project “More sport with young people 2020”. A week of kermes for Television, Cinema, Communication and Sports Culture with Official Ceremonies at the Palazzo di Regione Lombardia which will be attended by 300 famous personalities including 60 Olympic and World Champions of all time, directors and producers, actors, etc.