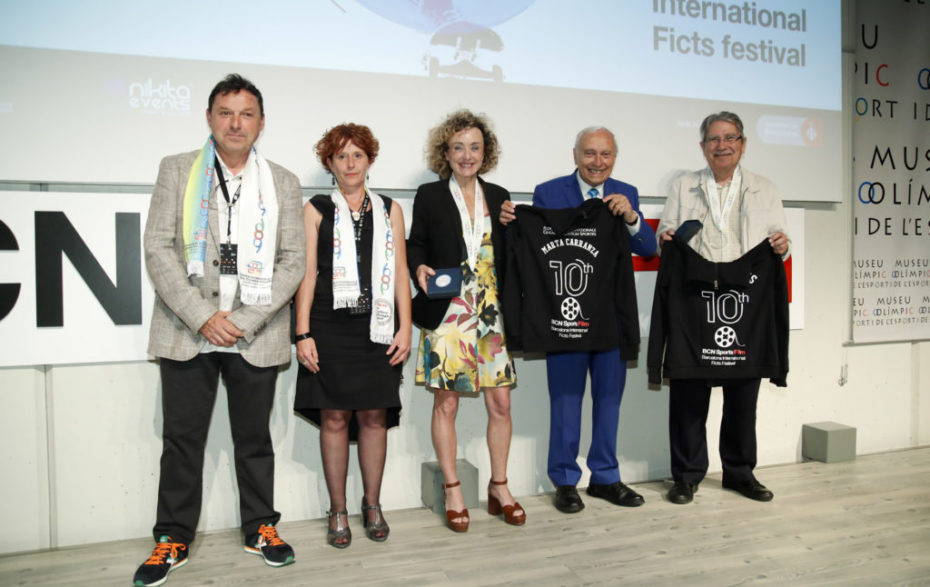 The “Museu Olímpic i de l’Esport Joan Antoni Samaranch” has been the venue for the “Opening Ceremony” of the “BCN Sports Film – Barcelona International FICTS Festival 2019”, organized – as part of the “World FICTS Challenge” – by the “Fundació Barcelona Olímpica”, with support of FICTS – Fédération Internationale Cinéma Télévision Sportifs, in collaboration with Nikita Events and the Ayuntament de Barcelona Institut Barcelona Esport.

The Museu Olímpic i de l’Esport Joan Antoni Samaranchchaired by Marta Carranza, President of the Fundació Barcelona Olímpica and Sports Commissioner of the Barcelona City Council and directed by Dr. Juli Pernas Lopes.

The program is available https://www.bcnsportsfilm.org/en/program/.

The pictures of the Festival: http://www.sportmoviestv.com/fotos/bcn-sports-film-barcelona-international-ficts-festival/.

Mario Casado, Fontana, a young boy from Zaragoza, the winner of the eighth edition of the “SpotSport contest” has been awarded from David Casanova, General Director of the newspaper “Sport”.

Then it was the turn of the tributes. This year, the BCN Sports Film Festival wanted to pay homage to:

Roser Ponsatí, in recognition of her sports career as a pioneer of swimming in Barcelona. Ponsatí was the first woman to become a member of the Barcelona Swimming Club. All her way has been linked with swimming, winning several championships. 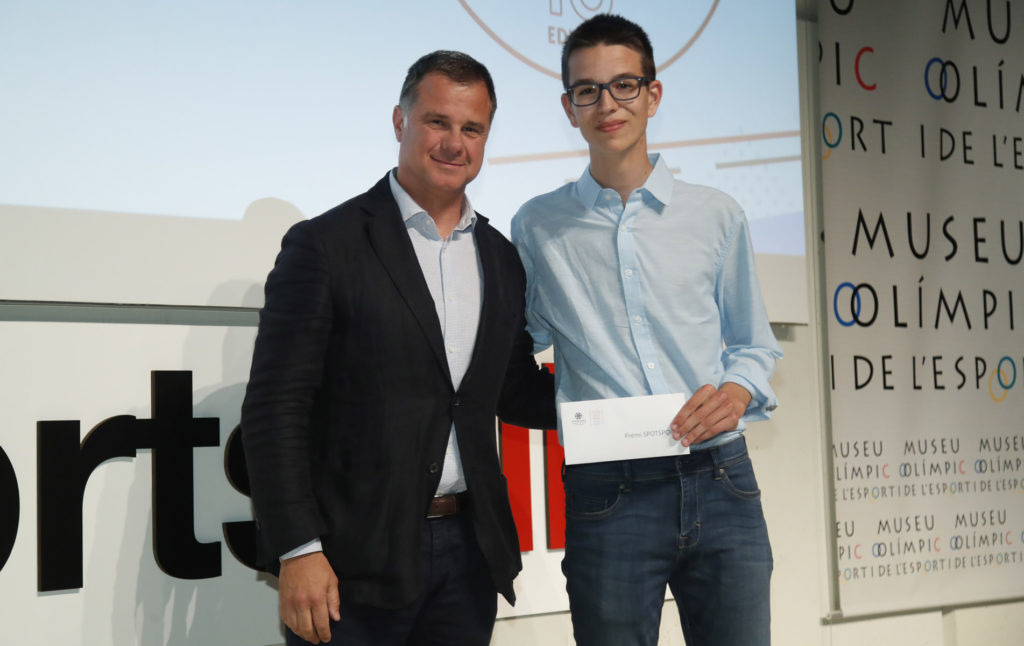 Tomàs Barris, for his professional and sports career as an athlete specializing in cross country and middle-distance events. He was considered the best athlete of the Spanish background of his time and participated in the Summer Olympics in 1960.

The attendees at the opening, which has been presented by the journalist Maria Guixà, have been able to have a first contact with the audiovisuals that can be seen in the venues of the festival with the screening of a selection of 7 short films from the official section in competition. A unique opportunity to enjoy sport in its most artistic essence.

Festival’s Executive Director Dr Agustí Argelich, Executive Producer Dr Barbara Destefanis. The Festival is articulated in Meeting, Workshop, Exhibition and the Projection of 85 selected films. Pelé, Dembelé, Samantha Davies, Greta Andersen, Adam Ondra are some of the protagonists on the screen at the Festival: “Pelé: the game of my life”, directed by Rodrigo Olivar; “Le Mans 1955” cartoon directed by Quentin Baillieux and “Hamza: a viatge de mil pass” a Catalan production directed by Vidal Sabater with the basket instrument of social integration. During the Festival, as part of the “Olympic Images E-Motions 2019” Program, promoted by FICTS in agreement with the IOC’s Olympic Foundation for Culture and Olympic Heritage, exclusive footages are planned for the promotion of Olympism and Culture (“The Best of PyeonChang 2018). In addition to screenings, exhibitions and meetings are scheduled on topics such as the Tokyo 2020 Olympic Games, sport as a supplement and a special on the “Tour de France”.

Anna Petrús is a filmmaker, film critic and professor. Her short films have been awarded in several film festivals. She combines her work as a director with teaching at Universitat Internacional de Catalunya’s cinema and communication area and at Àgora Sant Cugat International School’s professional training in image and sound. With Carla Subirana, she runs Acció Viver, a counselling and advisory programme to support female-led film projects. She is part of the board of directors of Dones Visuals, the Catalan association of women filmmakers.

Luca dal Molin is a designer who inherited a strong passion for cinema from his mother at an early age. In 2005, he founded Voice Dog Films, and he has produced a number of short films, including Il Califfo, which he made with the singer Lucio Dalla. He has been curator of multiple festivals and film magazines and he is currently the director of some film festivals, such as Vicenza short film and video art biennale and the Isola Vicentina in DOC.

Mònica Amat de Broto holds a degree in Physical Education and Sport from the Catalan Institute of Physical Education and Sport (INEFC). She was part of the first rhythmic gymnastics group in Catalonia. She has developed multiple tasks in the field of sports and physical activity, including the Llibre blanc de l’esport català (‘White Paper on Catalan Sport’) and the Catalan Sports Congress. She has also held various positions in the Catalan Government, and today she is the head of the Sports Museum and Study Centre Doctor Melcior Colet.

Salvador Llopart García is a journalist who started his professional career in science journalism, working for the newspaper Avui and later for La Vanguardia. His passion became his work when he took over La Vanguardia’s cinema section in 1992. Later, he took charge of the publication and coordination of Pantalles (‘Screens’) section of the cultural supplement Cultura|s and La Vanguardia’s film reviews. He currently contributes to the magazine Fotogramas.

Mumbrú holds a teaching diploma, specialised in Physical Education, and a degree in Physical Activities and Sport Science from Universitat Ramon Llull. He earned a graduate diploma in Adapted Sports for People with Disabilities from Universitat de Barcelona. He has been involved in very important sport events as the coordinator of subdivision areas. Today, he is the head of the Catalan Basketball Federation and a Physical Activities and Sport Science professor at Universitat Ramon Llull-Blanquerna.