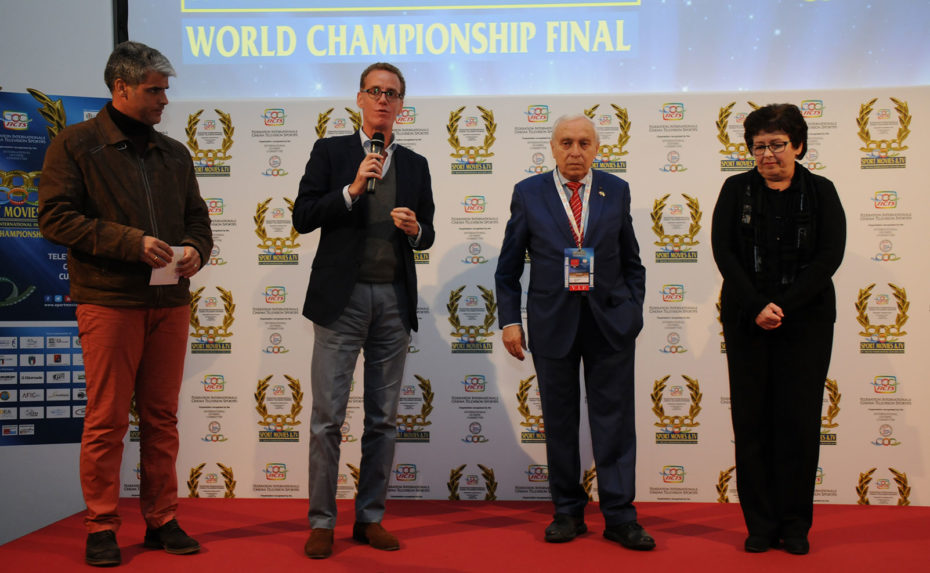 Documentaries, thriller, action movies, comedies about sports (boxing, athletics, American football): these are the Categories of movies directed (and interpreted) by Peter Berg, American actor, director, scriptwriter and film producer awarder at “SPORT MOVIES & TV 2018 – 36th MILANO INTERNATIONAL FICTS FEST”, Worldwide Final of 16 Festival (in the 5 Continents) of the “World FICTS Challenge”, World championship of television, cinema, culture and sportive communication (www.sportmoviestv.com), with the production “The People’s Fighters: Teofilo Stevenson and the legend of Cuban boxing”. The documetary, awarded with the “Guirlande d’Honnuer” in the “Olympic Spirit – Olympic Values” section, has been shown during the “Evening with special screenings” at the presence of the Cuban Consul in Milan, Drs. Silvina Santos Guisado, of Nino Benvenuti (Olimpic Champion – Rome 1960) and of Sandro Mazzinghi’s sons (World and European Juniores Champion of Middlewight boxing). The feature film, distributed by the Olympic Channel (Spain), deepens the whirlwind story of the success in boxing of Cuba, the Nation that won more Olympic Medals than any other Nation: 73 (of which 38 are gold). The success has been led by three-times heavyweight gold medalists (Monaco 1972, Montréal 1976, Moscow 1980) Teófilo Stevenson.

The last action film produced and directed by Peter Berg , “Mile 22” starring John Malkovich and Mark Wahlberg (star of “The Fighter”, winner of two Oscars), just came out.  The actor has been, among the others, performer (and producer) of “Patriots Day” (at the fourth collaboration with Peter Berg after “Lone Survivor” and “Deepwater Horizon”) about the 2013 Boston Marathon bombing. Peter Berg worked with the Hollywood stars Charlize Theron, Tom Cruise, Will Smith, Jamie Foxx, Christian Slater, Dwayne Johnson, Christopher Walken, Samuel L. Jackson, during his career.

A picture, together with a wide partecipation, a critical succes, record audience, an excellent quality of the productions from the 5 Continents: These are the elements which marked “SPORT MOVIES & TV 2018”, the Festival organized by FICTS – Federation Internationale Cinema Television Sportifs  (116 Member Countries – chaired by Prof. Franco Ascani, IOC Member of Commission for Culture and the Olympic Heritage) recognized by the IOC – International Olympic Committee for which it promotes the values ​​of sport through footages.