Atlant International FICTS Festival in Lipetsk (Russia): the winner is… 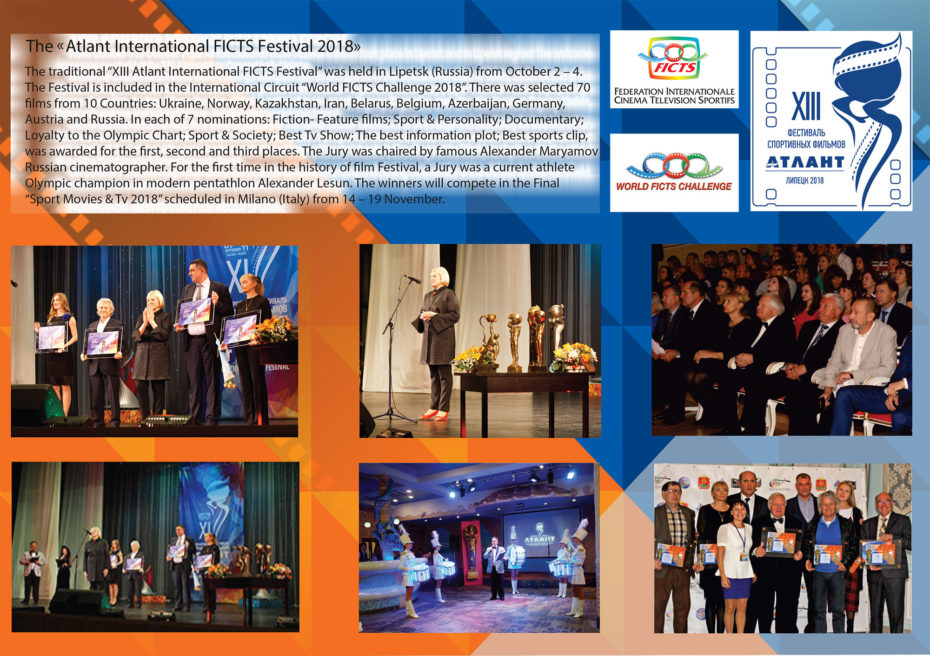 The Jury was chaired by famous Russian cinematographer Alexander Maryamov. For the first time in the history of film Festivals, a Jury was a current athlete Olympic champion in modern pentathlon Alexander Lesun. A new impetus to the Festival was given by cooperation with the leading sports channel of Russia – Match Tv. This connection, in particular, was carried out by the famous commentator Denis Kazansky, by the way, a native of the city of Lipetsk.

During the festival, meetings were held for filmmaker’s creative teams in Lipetsk, as well as in other cities of the Region: Yelets and Zadonsk.

The competition works were simultaneously shown in all 18 district of the Lipetsk Region, including the city of Lipetsk itself and the city of Yelets.

Competitive works covered an unprecedented number of sports: 26 sport disciplines. Among those awarded are works by Russian, Kazakh, Ukrainian, Azerbaijani and Belarusian filmmakers. The winners will compete in the Final “Sport Movies & Tv 2018” scheduled in Milano (Italy) from 14 – 19 November.