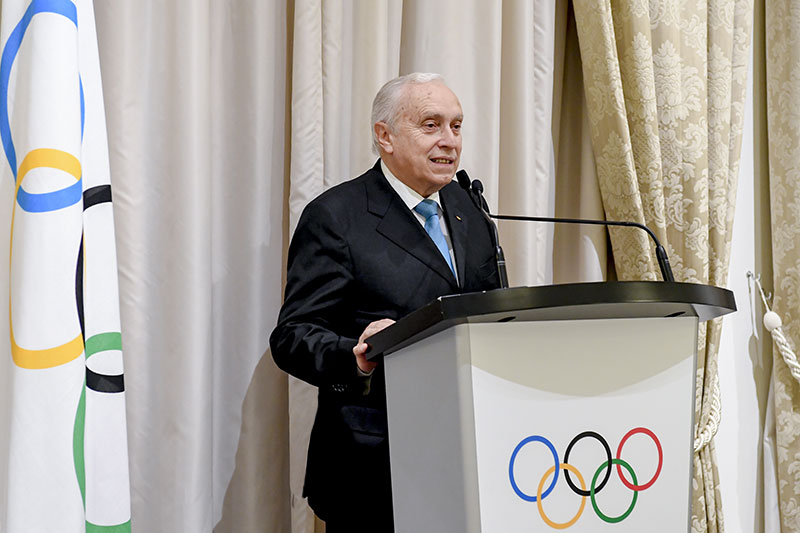 The prestigious international assignment (unique Italian person in the Commission) rewards the work done and planned to spread the Olympic values through the different international activities carried out by the FICTS in particular with the IOC Olympic Foundation for Culture and Heritage as well as with the Olympic Channel, represents a significant recognition for the fifty-year activities dedicated to the sports movement by Prof. Franco Ascani, actual FICTS President and Coordinator of the Master in “Sport Management, Marketing & Society” at the University of Milano-Bicocca.

The Commissions elected by IOC President have significantly increased the number of women nominated (49 percent increase since he took office). There are also increases in the numbers of members from Africa and Oceania, as well as an increase in the number of chair persons from the Africa and Asia now accounting for 34 percent.

Prof. Franco Ascani will take part – on the occasion of the Youth Olympic Games scheduled in Buenos Aires (Argentina) from October 4 to 6 – at the Forum “Olympism in Action” which will bring together the leading exponents of the Olympic Movement to address challenging issues, open new dialogues and share innovative experiences related to sport, society and in particular to young people.

Durin his stay in Buenos Aires, Prof. Ascani will meet Dr. Rodolfo N. De Vincenzi Rector of UAI (Universidad Abierta Interamericana) with whom he will sign a Memorandum of Understanding FICTS – UAI.

Friday 5 October, he will speak at the Press Conference to present, at the Argentine Olympic Committee, the “Buenos Aires International FICTS Festival” organized as part of the “World FICTS Challenge 2018” to the Final, “Sport Movies & Tv 2018” in program in Milan from 14 to 19 November at the Palazzo Giureconsulti (Piazza Mercanti, 2 – Piazza Duomo) will participate the winners.