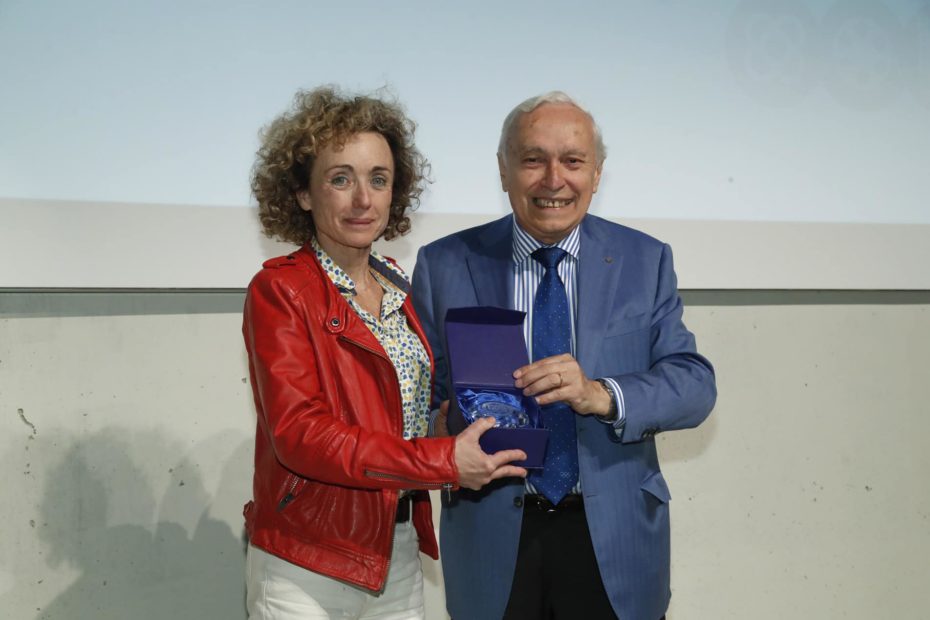 Miguel Ángel Calvo Buttini was awarded by David Casanova, Director General of Diari Sport, as the winner of the seventh edition of the “Spot Sport” competition with the spot titled “In Città” produced in collaboration with Pedro J.Poveda and Juan Poveda (Twin Freaks Study).

The BCN Sports Film Festival honored, among others, Josep Lluís Vilaseca, for his career as a sports leader. Vilaseca is a member of the Board of Trustees of the Barcelona Olympic Foundation and one of the main promoters of his creation in 1993. During his career he held various positions; Chairman of the UEFA Legal and Disciplinary Committee, Member of the Spanish Olympic Committee, Vice-President of the Organizing Committee of the Olympic Games in Barcelona 1992 and General Director of the sport of the Generalitat.

Maria Pau Corominas, in recognition of her sports career as a pioneer of swimming in Catalonia and Spain. She was the first Catalan and Spanish woman swimmer – only 16 years old – to be present in an Olympic final, in Mexico ’68.

Michael Robinson, for his dedication to the dissemination of sports values. Beyond his career as a footballer, Robinson presents and produces “Robinson Report” a production that is characterized by the diffusion and realization of current sports situations visible in all areas. In this way and in collaboration with the Directorate for Development of the Generalitat de Catalunya. The Festival wanted to thank its work in the dissemination of sporting values. The official program of Festival is available on https://www.bcnsportsfilm.org/en/program/.