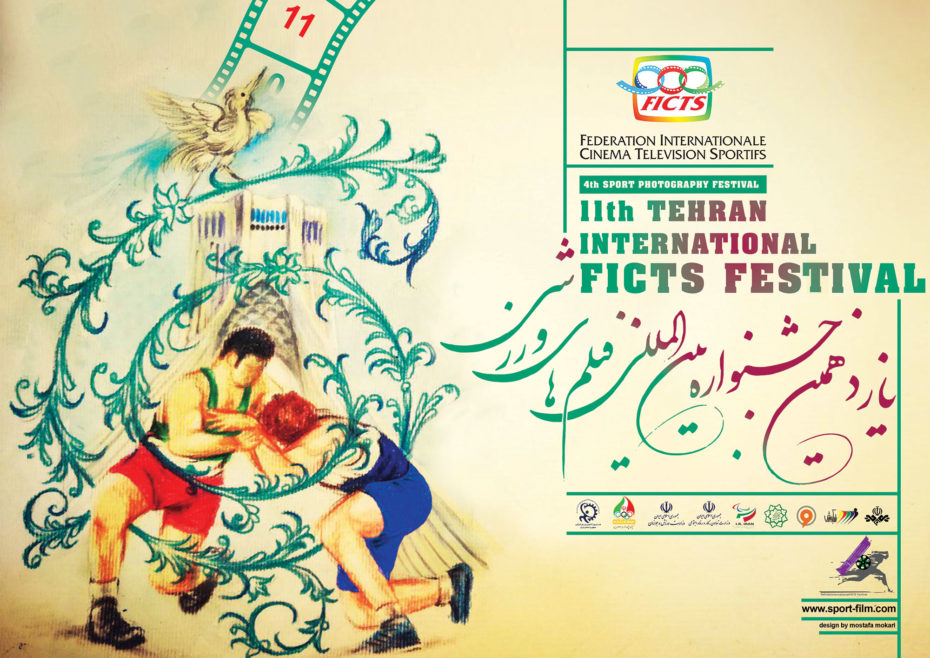 Tehran (I. R. of Iran) will host from January 16 to 18 2018, the “11th Tehran International FICTS Festival” (www.sport-film.com) organized – in the framework of the Worldwide Championship of Cinema, Sport and Television “World FICTS Challenge” – by Dr Seyed Amir Hosseini President of AFWSI – Amateur Federation of Workers Sports of Iran and Member of FICTS Festival International Commission under the supervision of FICTS in collaboration with the Olympic and Paralympic Committees, the Ministry of Culture, of Sports and Youth, the Ministry of Labor and Social Affairs. IRIB e Sports Network are the official media partners of the event.

The Festival, that will be opened by the message of FICTS President Prof. Franco Ascani, is directed by Dr Seyed Mojtaba Alavi. Mrs Mojgan Zargar has been appointed as the Festival’s executive director. The event will be articulated in 200 Projections (coming from over 23 Nations including: India, Japan, Nigeria, Malaysia, Lebanon, Turkey, South Africa etc. India, Iraq and Turkey have had the highest number of submissions among the member Countries), Meetings, Workshop and Awards. In the framework of the Festival, according to the communications department of the 4th International Sport Photography Festival,  376 photographers from 41 Countries (including Brazil, Germany, the UK, Slovakia, Vietnam, Russia, India, Bangladesh, Bahrain, Bosnia, Malaysia, Serbia, Spain, Turkey, Ukraine etc.) have submitted a total number of 1783 photographs to the Festival. This event is being organized using the digital secretariat of the international federation of photography in Iran.