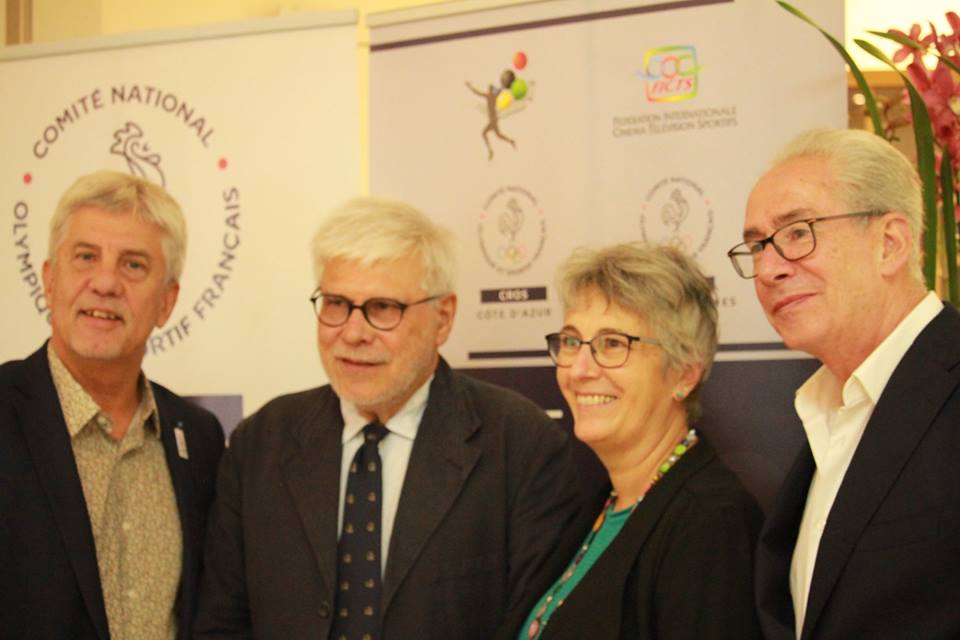 The President Prof. Ascani will also attend to the the Rounde Table “Qu’est ce qui fait courir l’arbitre?” on the figure of the referee. The National Sport Museum will host during all the period of the  Festival – besides the “Olympic” Exhibition with posters of the official Olympic films – the projections of the exclusive images of the Olympic Games of all time in order to further promote, at international level, the Olympism in the framework of the Project “Olympic Images Emotions” promoted by FICTS in agreement with the IOC Foundation for Culture and Olympic Heritage. The National Olympic Museum will also be the venue of some meeting as well as of the “Award Ceremony” on September 28th. The Festival will be held in different locations. The Provençal Golf Sophia Antipolis has hosted the “Opening Ceremony” on September 26th at the presence of qualified ex personifies of sport and culture.