The 34th edition of Festival has been characterized by a full national and international participation and a success among critics and general public, at the presence of sports champions, institutional and sports authorities and international producers and directors. The Festival has been honored with “Medaglia del Presidente della Repubblica” from Italian President of the Republic, On. Sergio Mattarella.

The Ceremony has been opened by the band of Carabinieri of Lombardia, the Video-Message from IOC President, Mr. Thomas Bach and by the greetings from Regione Lombardia President, On. Roberto Maroni.  Italian Minister of Cultural Heritage and Activities and Tourism, On. Dario Franceschini, italian publisher and sport manager, Mr. Urbano Cairo and the head editor of Gazzetta dello Sport that, as Olympics Games and Cinema, celebrated its 120-years birthday, Mr. Andrea Monti has been awarded with “FICTS Excellence Guirlande d’Honneur”.  Marvin “The Marvelous” Hagler, one of the bigger professional boxer ever (who reigned as the undisputed middleweight champion from 1980 to 1987) has been awarded with “FICTS Medallion d’Honneur”. Milano Assessor of Culture, Mr. Filippo Del Corno, received “The Manifesto of culture and image of sports” from Prof. Franco Ascani.

The full list of winners of “Sport Movies & Tv 2016” is available on http://www.fictsfederation.it/jury_minutes_2016.pdf. 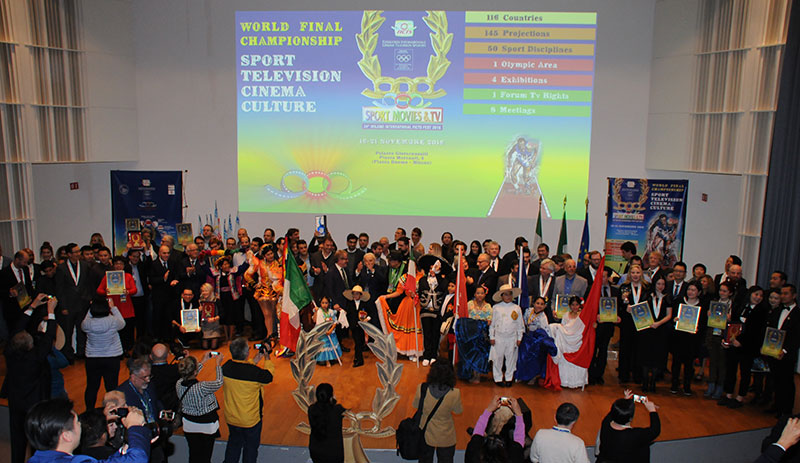