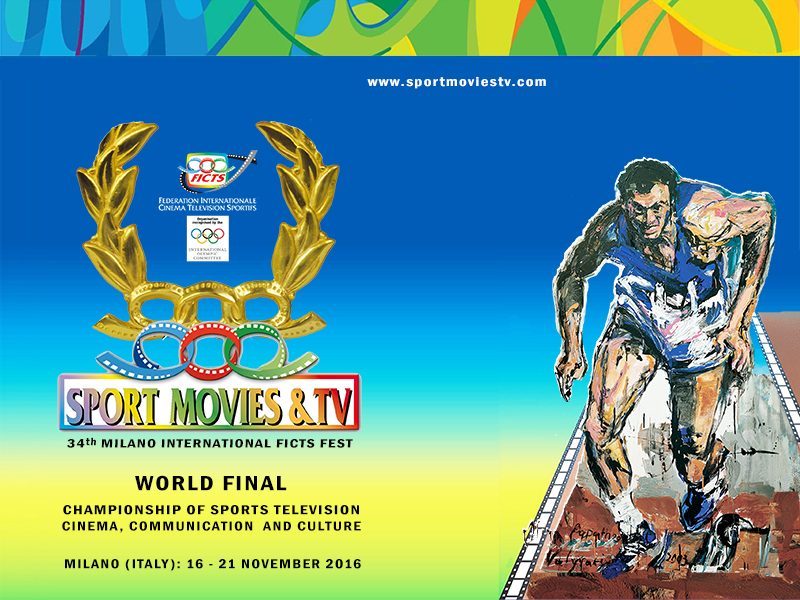 The submissions and delivery of the productions for all the competitive Sections of “SPORT MOVIES & TV 2016 – 34th Milano International FICTS Fest” Final of the “SPORT E-MOTIONS World FICTS Challenge” Championship of Television, Cinema, Sport, Culture and Communication (articulated in 18 Festivals around the 5 Continents) scheduled in Milano (Italy), from November 16th to 21st, will be closed on 31st July.

The International Jury, according to the Organizing Committee of “Sport Movies & Tv 2016”, established to extend in order suits to all requests received by producers and directors, i.e. about editing of UEFA Euro 2016 (underway) and other international Sport Events. The only exception is for the “movies” about 2016 Rio Olympic Games. The International Jury accepts the participant productions by September 30th instead of July 31st 2016.

In order to facilitate Jury’s work, it is suggested to send as soon as possible the “Entries Forms” and duly-completed on https://wcpapp.wcpmediaservices.com/wcpApp/free/festival/festivalForm.