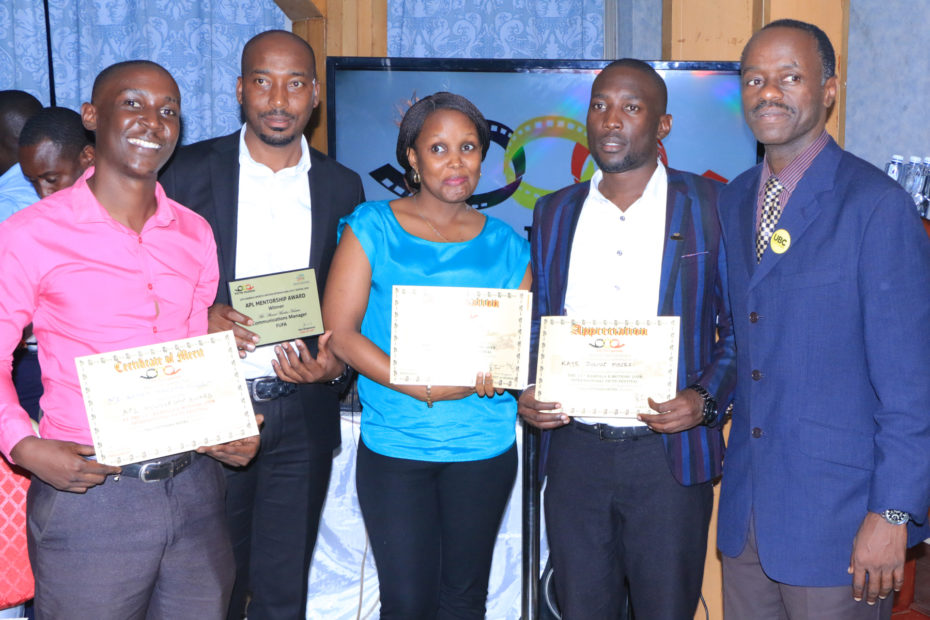 Success of audience and critic for the “13th Kampala International FICTS Festival” held in Uganda, in the city centre of Kampala from 11th -12th September, 2019. The Festival is organized – in the framework of the “World FICTS Challenge” – by FICTS Uganda (chaired by Mr Dean Kibirige) in collaboration with FICTS, UBC – Uganda Broadcasting Corporation and the National Council of Sports.

The winners will participate in “Sport Movies & Tv 2019”, Final scheduled in Milano from October 25-30.

Among other notables present at the closing ceremony were;

Entries from Italy, France, Germany, France and Uganda out competed the rest to emerge winners.

Mutabazi  and Owino Solutions were awarded a Certificates of Merit and  Awards by the promoter Dr. Dean Kibirige which were handed to them by the Chief Guest – Mrs. Valentine KasajjaTebakyagenda.

The “3rd APL Mentorship Award”, was given to Ahmed Marsha Hussein, a gentleman who was nurtured by the late Dr. Andrew Patrick Luwandagga during his early days as an upcoming Sports pundit, and has gone ahead to impress at both local and international level by becoming a Sports columnist in the leading tabloid called Red Pepper, serving as Vice President and Secretary General of Uganda Sports Press Association (USPA) and currently serving as the Communication’s Manager of Federation of Uganda’s Football Associations (FUFA). He was present and was handed over his Award by the Chief Guest –Mrs. Valentine Kasajja Tebakyagenda. In his brief speech, Ahmed revealed why he was successful despite the fact the journey has not been smooth!. He revealed to an attentive audience – that the magic is desisting to put money first before you accomplish a task and being patient and hitting your targets consistently.

In her remarks the Chief Guest – Mrs. Valentine Kasajja Tebakyagenda saluted the FICTS Uganda Organizing Team for maintaining the gesture of recognizing works for Sports producers but also pledged to carry out an ambassador’s  of FICTS in State House, to Government  and to the Public.

Finally she congratulated all winners plus participating entries from different parts of the world and encouraged Ugandan Sports Producers to increase their participation in next year’s Festival.