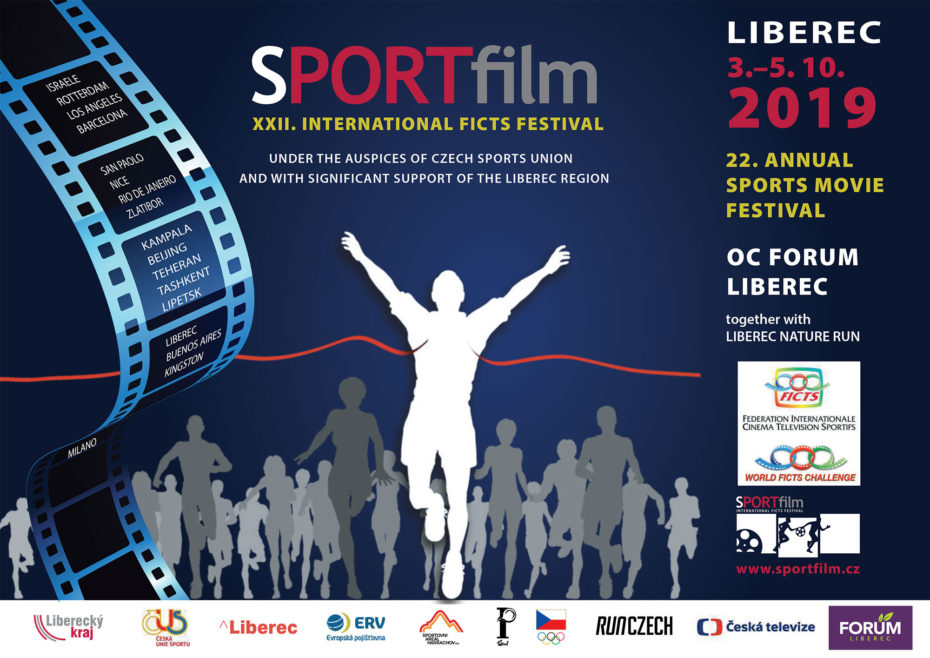 Liberec in Czech Republic will be the seat – from 3 to 6 October – of the 22th  edition of “Liberec International FICTS Festival” organized – in the framework of the Worldwide Championship of the Cinema and sport television “World FICTS Challenge”.

The promoter of the Festival is Liberecká Sportovní a Tělovýchovná Organizace z.s., Regional organization ČUS in Liberec district in cooperation of SPORTFILM Liberec z.s.

“Liberec International FICTS Festival 2019” is an international competitive festival of television and film images focusing on “Olympic Idea, Olympic Games And Sport”. The aim of Festival is to award the best Pictures in particular categories and the best image of all categories. The Festival is intended to help the development of Olympic Ideas due to sports film, document a reportages.

The jury award prize in separate categories and the main prize of festival.

The Czech Olympic Academy award the prize of Jiří KÖSSL on the recommendation of Jury.