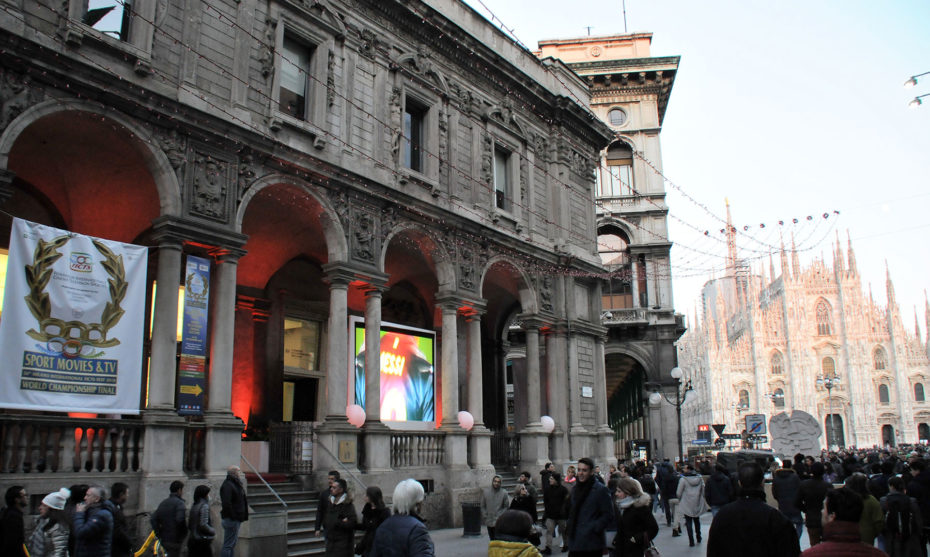 The event – under the slogan “FICTS Is Culture through sport” – is organized by FICTS – Federation Internationale Cinema Television Sportifs (joined with 116 Countries, chaired by Prof. Franco Ascani, Member of IOC Commission for Culture and Olympic Heritage) recognized by the International Olympic Committee for which it promotes the values of sport through footages. The seventeenth-century Palazzo Giureconsulti, in the heart of Milan (Piazza Mercanti 2 – Piazza Duomo) will be the “core business” of the event (admission by invitation with accreditation) with 136 Projections (among which 30 worldwide and European premieres in 6 points of projections), 6 Exhibitions, 6 Meetings, 2 Workshop, 2 Press Conference, 72 Guests, 20 Side Events.

The Auditorium Testori of Palazzo Lombardia (Piazza Città di Lombardia, 1 – Milano) will host the Official Ceremonies of the event: Friday October 25th the Opening while Wednesday October 30th will take place the delivery of the “Guirlande d’Honneur” “the Oscar of the Cinema and sport Television” (besides of the “Mention d’Honneur” and the “Special Awards”) to the winners of the Festival.

During both the Ceremonies, is schedule the award of the “FICTS Gold Star” and the title of “Ambassador of Culture and Image of Sports” to 15 Olympic Champions and to 5 international directors, including Hugh Hudson, 4 Oscar-winning director for the film “Chariots of fire” (the names of the 72 guests will be announced during the Press Conference Presentation scheduled for Tuesday 22 October at 11 a.m. at Palazzo Giureconsulti – Piazza Mercanti, 2, Milano). 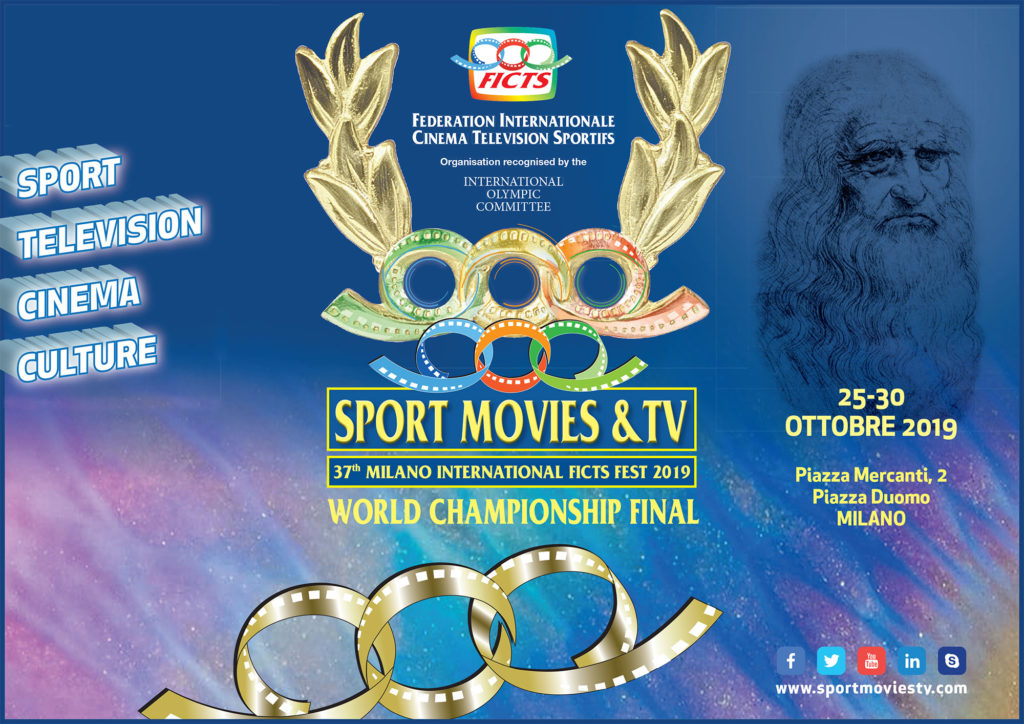 At “SPORT MOVIES & TV 2019”, the FICTS will put in place in Milan an “ideal relay” starting from the 2022 Beijing Olympic and Paralympic Winter Games to arrive to Milan-Cortina 2026 with a photo Exhibition (and projection of videos) “Beijing Olympic 2022” that will be opened by the Delegation of the Organizing Committee of 2022 Games and by Delegation of BODA (Beijing Olympic City Development Association).

“Sport Movies & Tv 2019” will become a privileged meeting place for 5000 operators and industry experts from around the world including Networks, media, broadcastings, houses of productions, producers, directors, filmmakers, Olympic Committees, advertising and integrated communication agencies, that will show the whole universe of cinema and sport television through spot, reportages, fiction, cartoon, etc. in 8 competitive Sections.

In the framework of the event will be held the third edition of the “Paralympic International Movies & Tv Festival”, dedicated to the Paralympics Heroes articulated in projections, awards and meetings.

For GUEST ACCREDITATION (upon necessary confirmation) in order to participate in to the Official Ceremonies as well as to Projections, Workshops, Meetings, please fill the form at http://www.sportmoviestv.com/en/registration-form/.