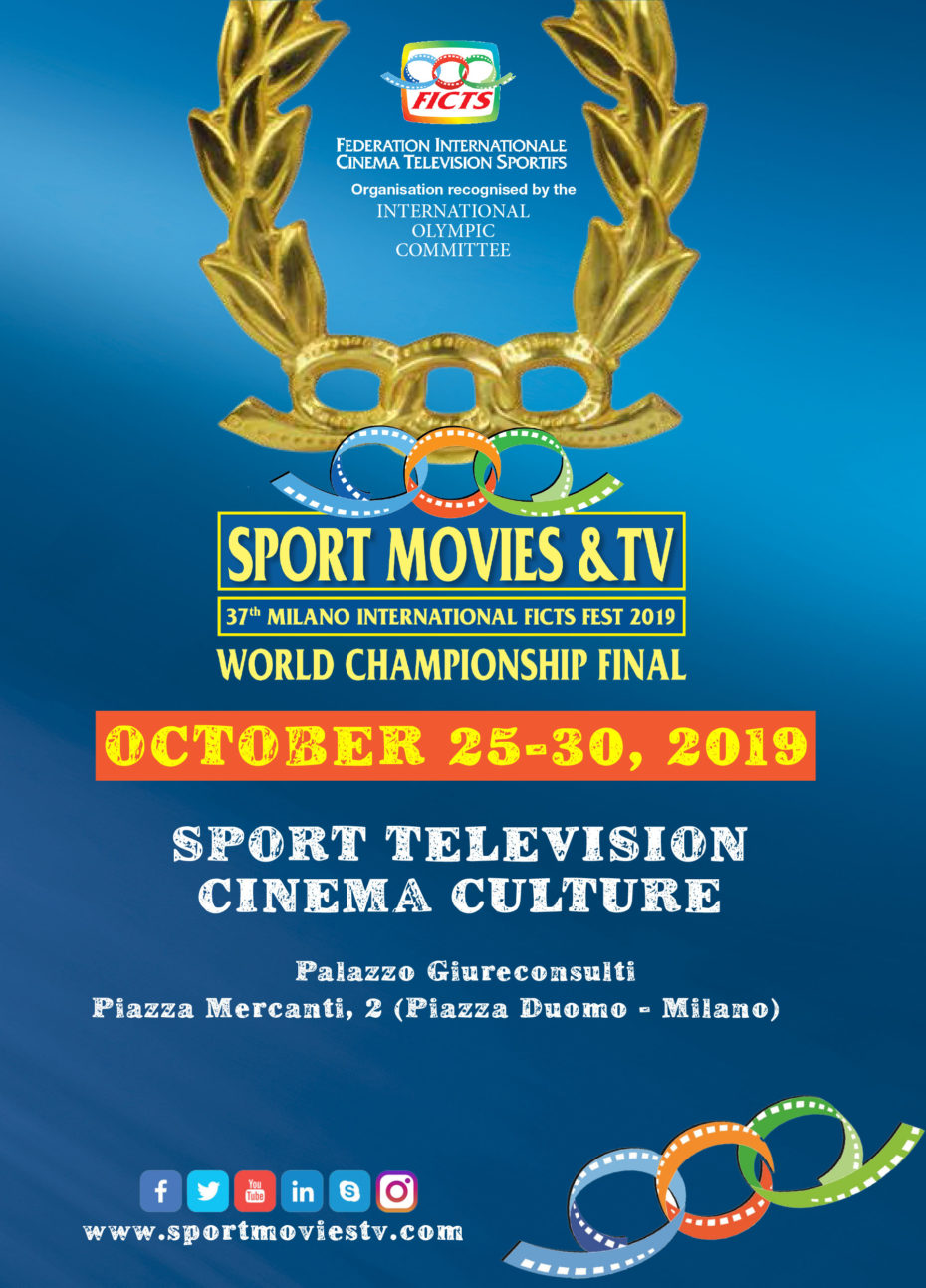 FICTS – Federation Internationale Cinema Television Sportifs (chaired by Prof. Franco Ascani Member of “IOC Commission for Culture and Olympic Heritage”) recognized by the International Olympic Committee for which it promotes the values of sport through footages in its 116 Countries, this year celebrates 20 Years of “Sport Movies & Tv” in Milano. The first edition was organized in 1999 and the poster showed the most famous representation of Leonardo’s “Last Supper”. Milano (and Italy), celebrates, in 2019, the “500th Anniversary of Leonardo’s Death” (May 2nd, 1519) of Leonardo da Vinci, the genius who gave to humanity masterpieces belonging to every field: scientific, engineering, artistic.

“SPORT MOVIES & TV 2019 – 37th Milano International FICTS Fest” (www.sportmoviestv.com) World Final of 16 Festivals (around the 5 Continents) of the “World FICTS Challenge” World Championship of Television, Cinema, Communication and Sport Culture will be held in Milano (Italy) from 25th to 30th October 2019. On the occasion of the 20 years were invited 20 Olympic champions and 20 great directors that will take turns during the six days of Tv, Cinema and Sports Culture, including Hugh Hudson, winner in 1982, of 4 Oscars (out of 7 Nominations) for the direction of “Chariots of fire – Moments of glory”.

The seventeenth century Palazzo Giureconsulti, in the hearth of Milano (Piazza Mercanti, 2 – Piazza DUOMO) will be the “Core business” of the event articulated into Projections (worldwide and European premieres, etc. in 6 points of projections), Meetings, Workshop, Exhibitions, Press Conference, Awards of National and International guests, Side Events.

The event is a considerable “world showcase” for Networks, media, broadcastings, houses of productions, producers, directors, filmmakers, Olympic Committees, advertising and integrated communication agencies, that will show the whole universe of cinema and sport television through spot, reportages, fiction, cartoon, etc. in one of 8 competitive Sections.

In order to submit the sport productions into “Sport Movies & Tv 2019”:

The International Jury, composed by 7 exponents of cinema, television, media, sport and culture coming from Countries that don’t participate in the Festival, will assign for each 7 Sections, the “Guirlande d’Honneur” the “Oscar of Cinema and Sport Television”, the “Mention d’Honneur” as well as the “Special Prize” (among which “Super Award” in money of € 5.000 assigned to “The best production among all the Section” as well as a prize for the Young Section “Opera Prima”).