Sala Parlamentino of Palazzo Giureconsulti hosted, on Saturday November 18th, the Award Ceremony of “TV SPORT EMOTIONS AWARD” assigned to “The best of world Tv Sport Channel”. Two categories for the 2018 edition of the award: 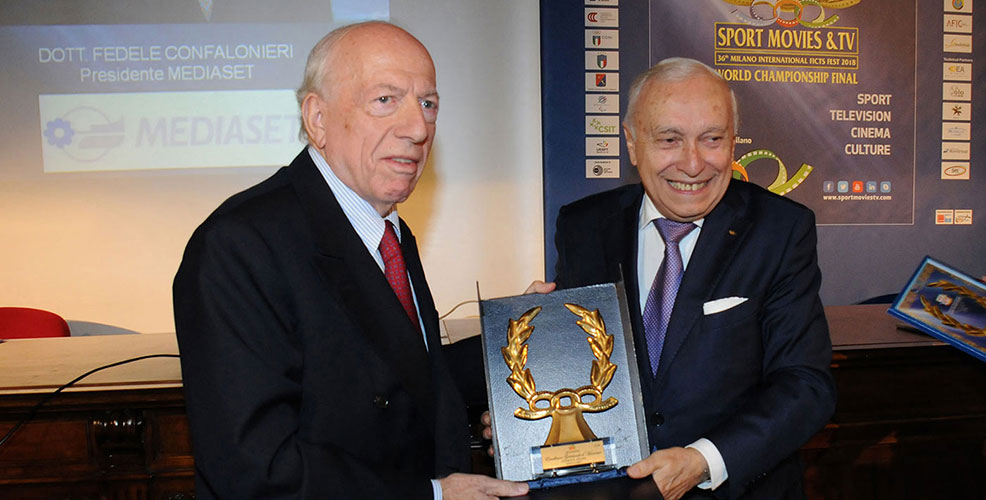 The award was given to Mediaset President Dott. Fedele Confalonieri (in the picture with FICTS President Prof. Franco Ascani).