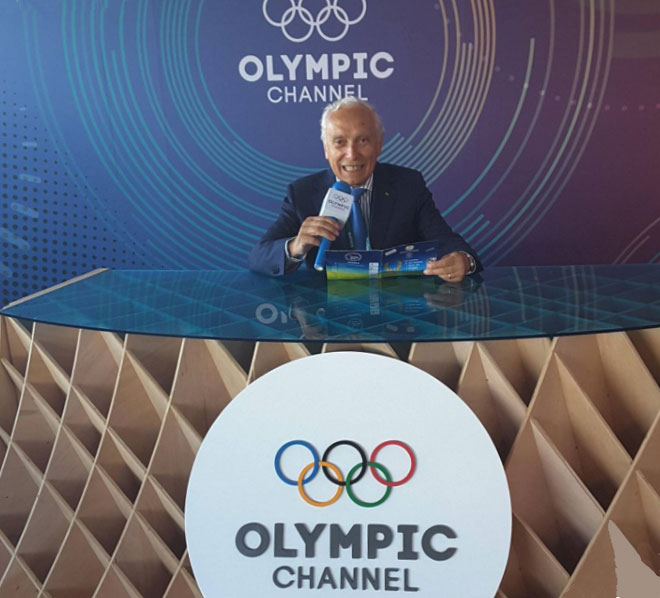 FICTS – Federation Internationale Cinema Television Sportifs (www.sportmoviestv.com), joined with 116 Countries, a recognized by the IOC – International Olympic Committee (for which it promotes the values of sport through footages and the spread of Olympism as educative, informative and social tool) has signed a partnership agreement with the Olympic Channel, the global media destination where fans can discover, engage and share in the power of sport and the excitement of the Olympic Games all year round. FICTS, chaired by Prof. Franco Ascani, Member of IOC Commission for Culture and Olympic is the unique International Federation for cinema and television recognized by IOC.

The agreement between FICTS and the Olympic Channel (olympicchannelservices.com/olympic-channel-announces-new-federation-partnerships/) includes collaboration at select Festivals of the “World FICTS Challenge” World Championship of Cinema, Television and Sport Culture as well as in the World Final “Sport Movies & TV” scheduled in Milano (Italy) from November 14th to 19th, 2018.

The Olympic Channel was launched in August 2016 in support of the IOC’s goal, set out in Olympic Agenda 2020, of providing a new way to engage younger generations, fans and new audiences with the Olympic Movement, and is available worldwide via mobile apps for Android and iOS devices and at olympicchannel.com.