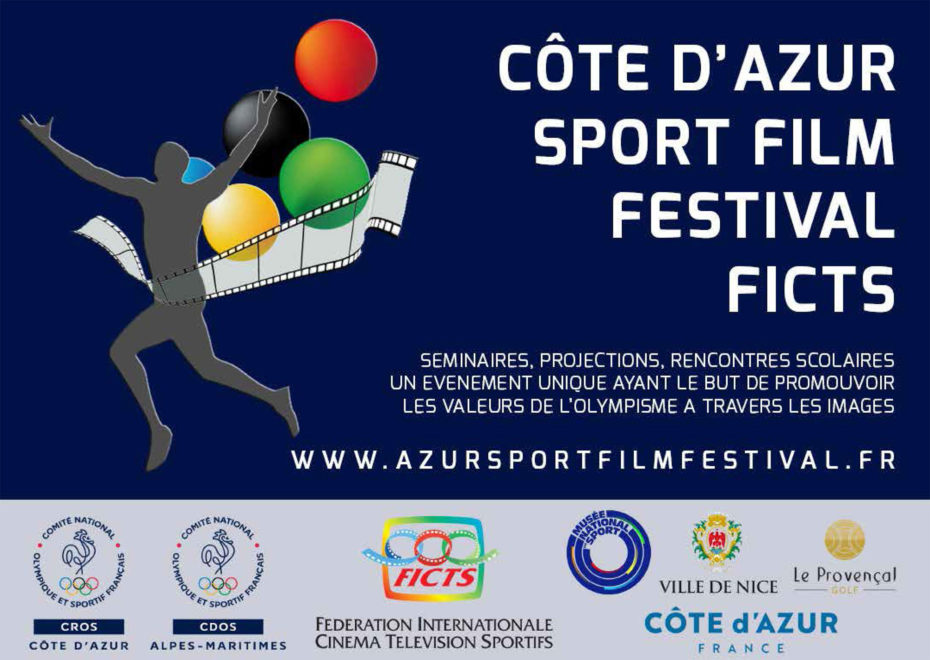 The third edition of Côte d’Azur International FICTS Festival will be held in French Riviera from May 29th – 31st. The event inserted in the “World FICTS Challenge 2017 (WFC)” Worldwide Championship of Cinema and Sport Television is organized by FIFS Association chaired by Claire Peradotto (Organizing Committee is composed by: Renato Ferrari Tullio FICTS representative in France, Etienne Delhaye Director of Club des Entreprises of Sophia Antipolis, Marco Saitta Secretary, Olivier Taze and Philippe Daniel Coll Members) in collaboration with FICTS, with CDOS 06 – Olympic Committee and Sports Departmental of Maritime Alps chaired by Philippe Manassero as well as by the CROS – Comité Régional Olympique & Sportif Cote d’Azur chaired by Ivan Coste Maniere and the National Museum of Sport. The National Olympic Museum will host during all the period of the  Festival – besides the “Olympic” Exhibition” – the projections of the exclusive images of the Olympic Games of all time in order to further promote, at international level, the Olympism, the Olympic Culture and “Sport for All” in the framework of the Project “Olympic Images Emotions” promoted by FICTS in agreement with the IOC Foundation for Culture and Olympic Heritage.