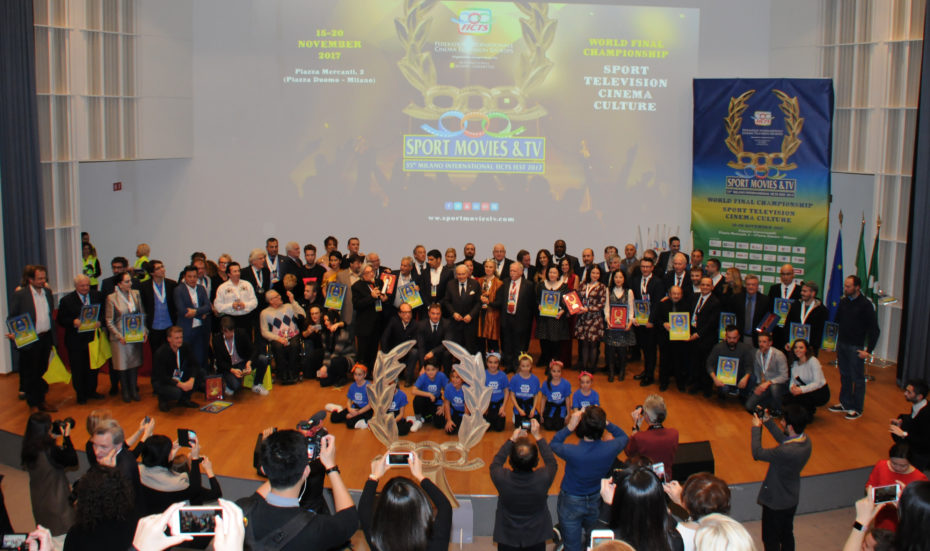 The Auditorium Testori of the Palazzo Lombardia hosted the “Award Ceremony” of “SPORT MOVIES & TV 2017 – 35th MILAN INTERNATIONAL FICTS FEST” (www.sportmoviestv.com). The Ceremony was opened by the exhibition of Fanfara Terzo Battaglione Carabinieri Lombardia, by the IOC President Thomas Bach video message and by the greeting of Prof. Franco Ascani President of FICTS and by the Regional Councilor for Sport and Youth Policies of the Regione Lombardia Antonio Rossi.

The full list of Winners is available on http://www.fictsfederation.it/jury_minutes_2017.pdf

A wide participation at national and international level, a success of critics and audiences, in the presence of sports champions, Institutions and Sports Authorities, international producers and directors, have characterized the 35th edition of “Sport Movies & Tv” awarded the “Medaglia del Presidente della Repubblica” by the President of the Italian Republic On. Sergio Mattarella.