The 11th edition of the Kampala International FICTS Festival will be held in Uganda on September 12th – 14th, 2017 with free entrance for the audience.

The Festival is organized – in the framework of the “World FICTS Challenge” – by FICTS Uganda (chaired by Mr Dean Kibirige) in collaboration with UBC – Uganda Broadcasting Corporation and the National Council of Sports. FICTS Uganda aims to spread the knowledge and diffusion of sport movies and videos that, in different languages and different languages and different production forms, contribute to the development of the artistic and cultural tendencies in the TV Word and movies. The Festival is open to all television, movie and new media productions dealing with sports, or having sport in all its different expressions and manifestations as their main subject. The African continent has come to great lengths, including through this event dedicated to cinema and sports television, to the diffusion of cultural and sporting values ​​underlying the FICTS statute.

Projections and meetings will take place at the “Sea Scallop” (just opposite to Uganda Museum) venue where will be also scheduled the “Opening Ceremony” opened by the greetings message of FICTS President Prof. Franco Ascani.

The Festival will be officially opened by the Chairman of National Council of Sports (NCS) Mr Bosco Onyik.

Hon. Gen. Edward Katumba Wamala will be the “Guest of Honor” at the “Closing Ceremony” and he will give out Awards and certificates to the winners of the Festival. The winners of each section will take part in the Final “Sport Movies & Tv 2017” scheduled in Milan (Italy) from November 15th to 20th. 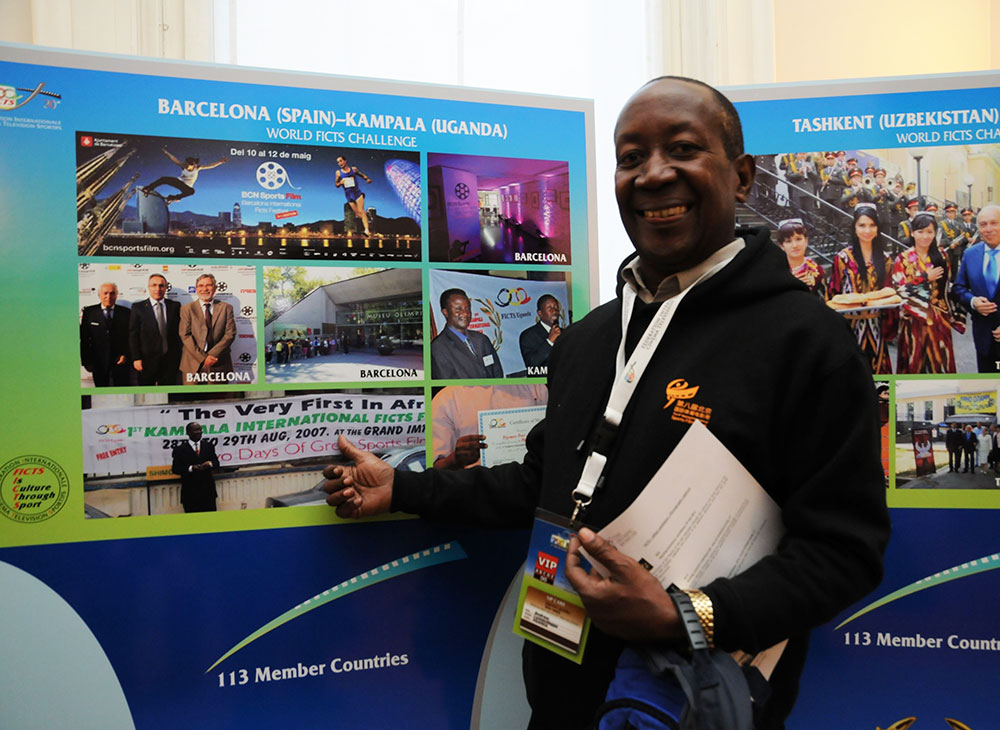